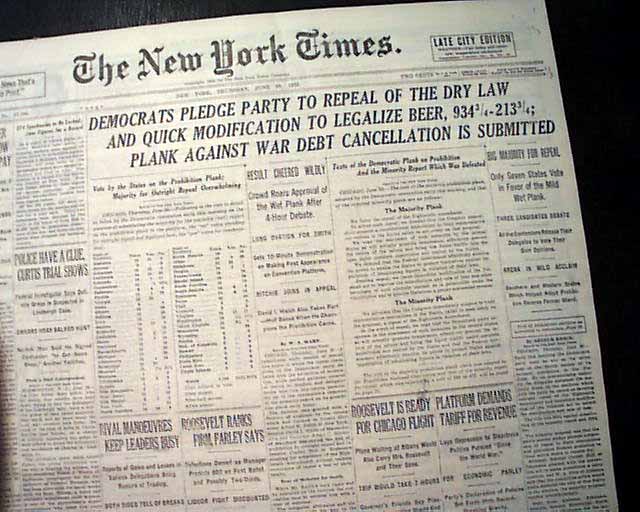 The top of the front page has a six column headline: "DEMOCRATS PLEDGE PARTY TO REPEAL OF THE DRY LAW AND QUICK MODIFICATION TO LEGALIZE BEER, 934 3/4 - 213 3/4; PLANK AGAINST WAR DEBT CANCELLATION IS SUBMITTED" with many subheads.  Much more inside. Always nice to have notable events in history reported in this World famous publication.
Other news, sports and advertisements of the day. Complete in 46 pages, this is the rare rag edition that was produced on very high quality newsprint, with a high percentage of cotton & linen content, allowing the issues to remain very white & sturdy into the present. Given the subscription cost, libraries & institutions rather than individuals were the primary subscribers of these high-quality editions. Nice condition. 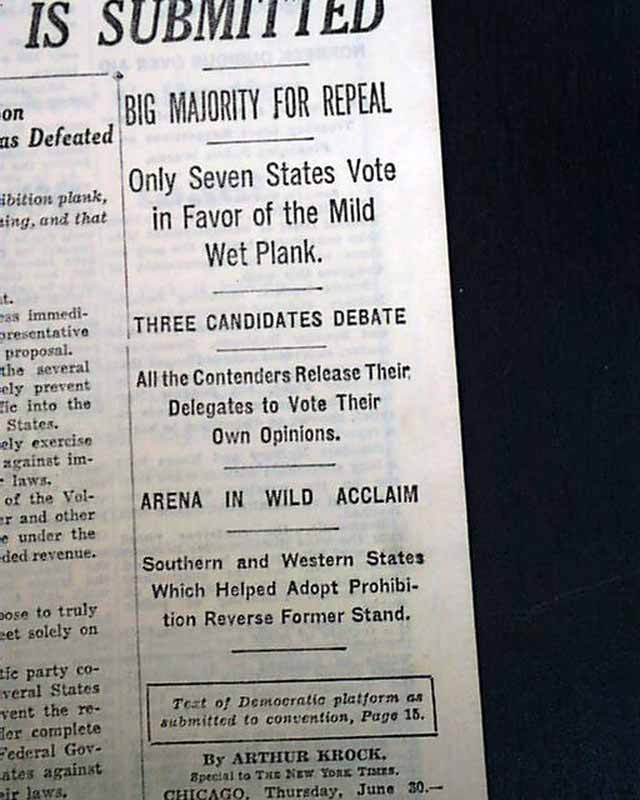 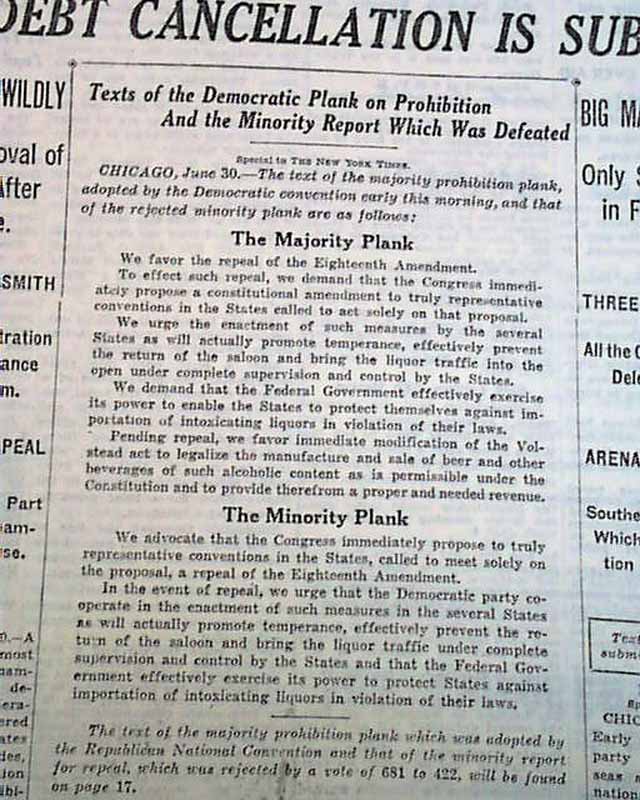 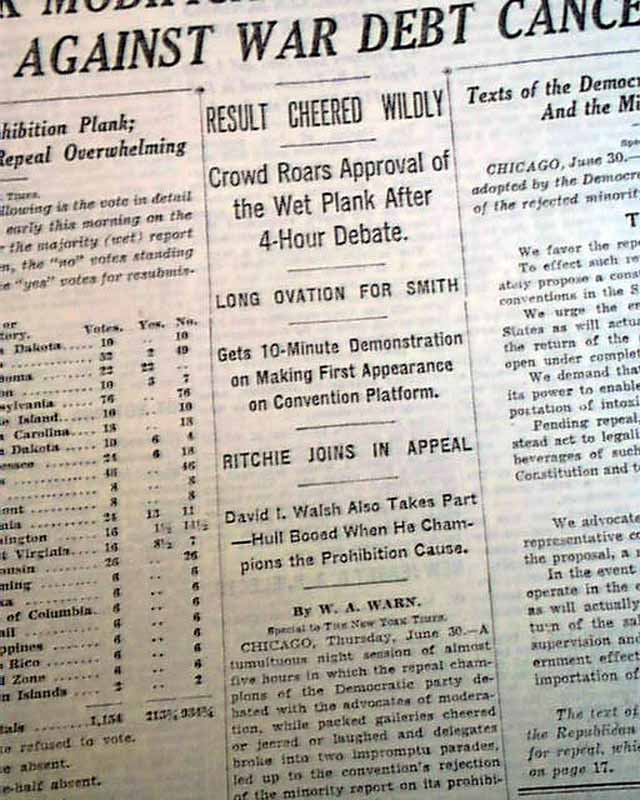 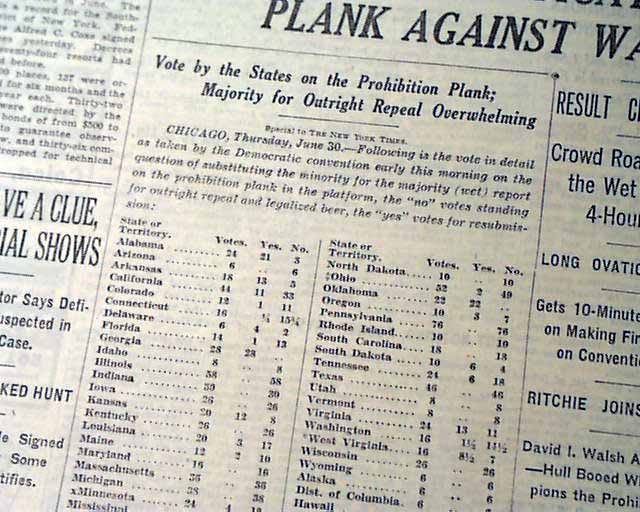 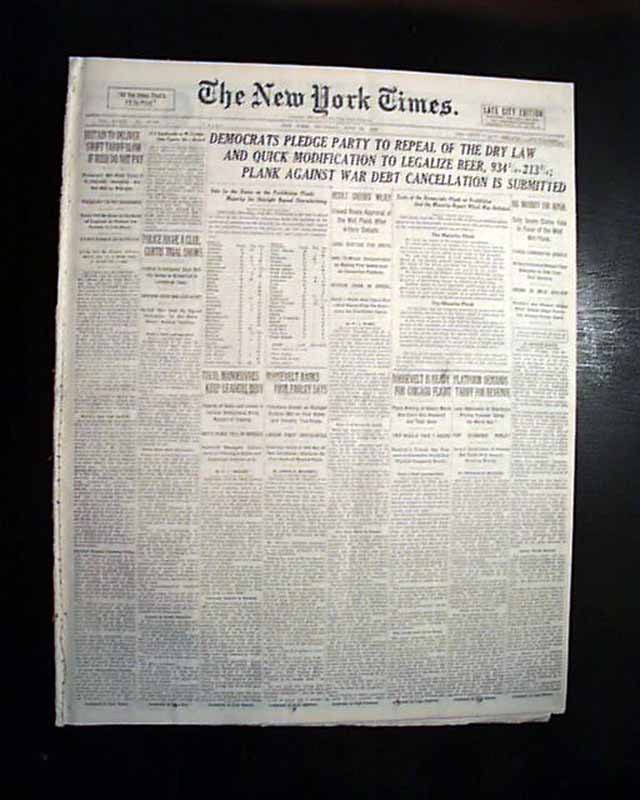 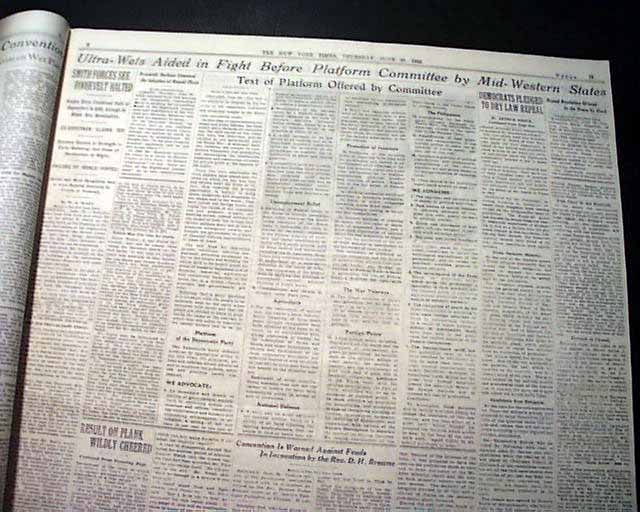 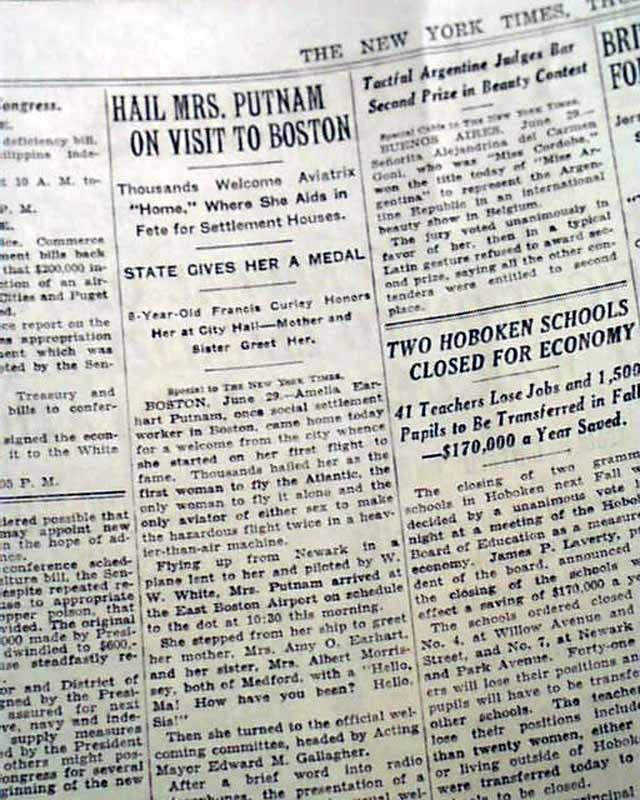