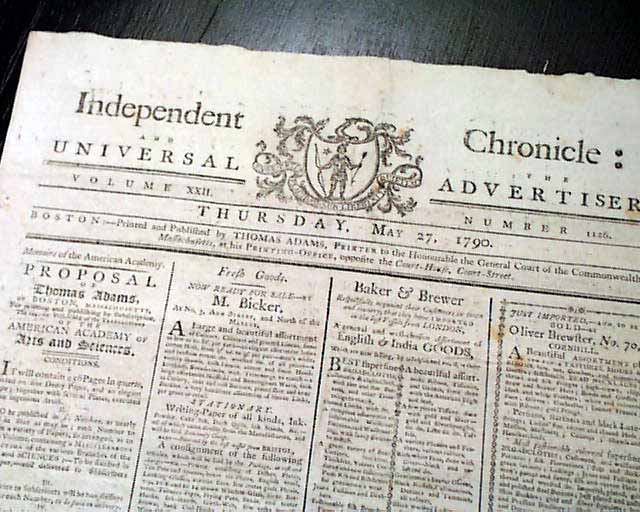 Nearly half of page 2 is taken up with: "The Charge of Chief Justice Jay, to the Grand Juries on the Eastern Circuit".
Page 3 has a short bit on: Dr. Franklin's Legacy" on what to do with the funds he willed to his home town. Also a report from Winchester, Virginia, and a letter from Kentucky concerning trouble with the Indians. The bkpg. has an article on: "Free Negros".
Alexander McGillivray was a leader of the Creek Indians, being part Creek and part Scottish.
Four pages, handsome masthead, wide never-trimmed margins, great condition. 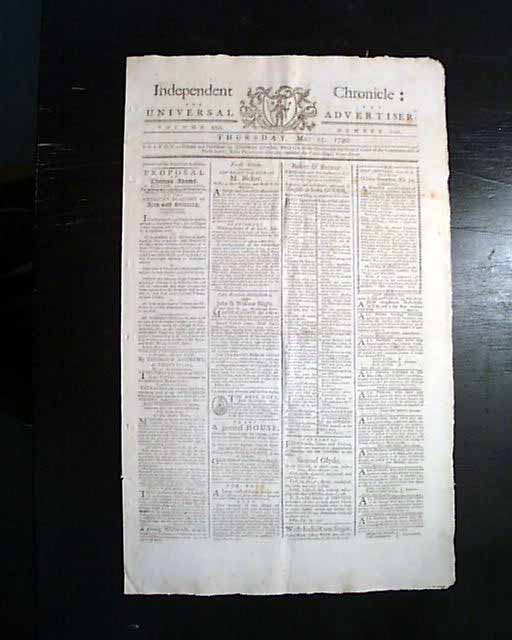 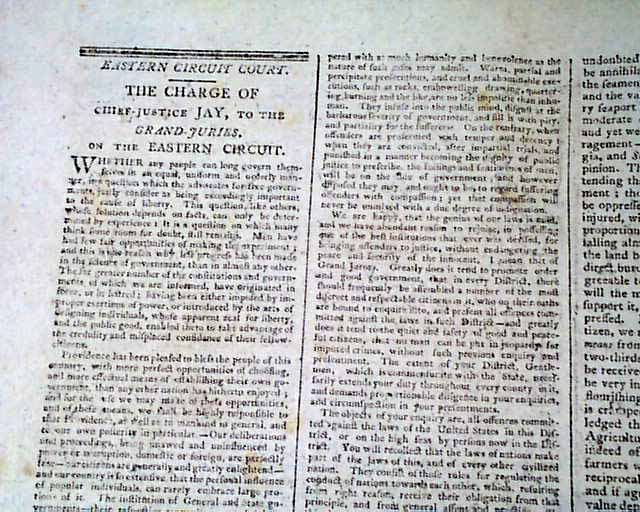 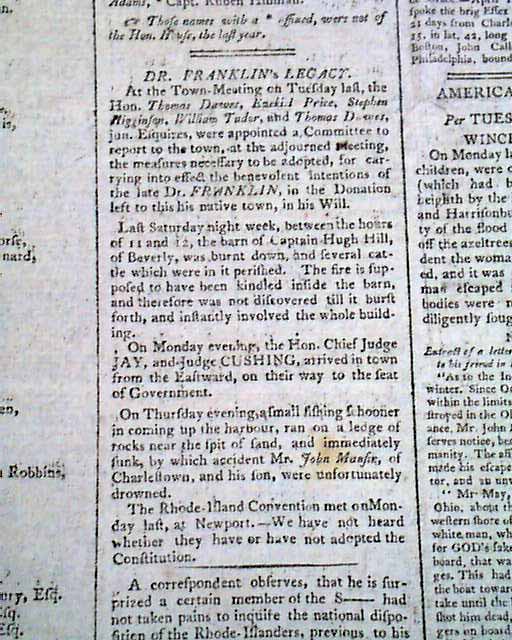 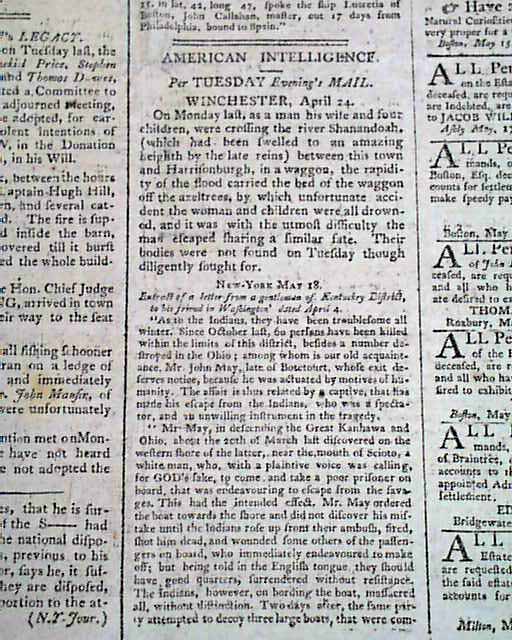 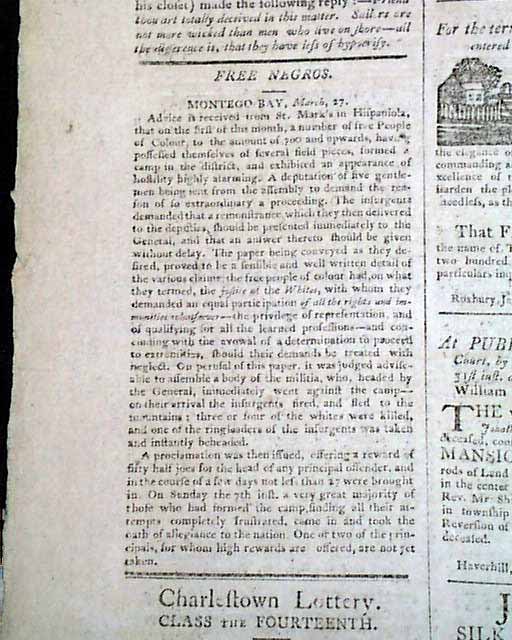