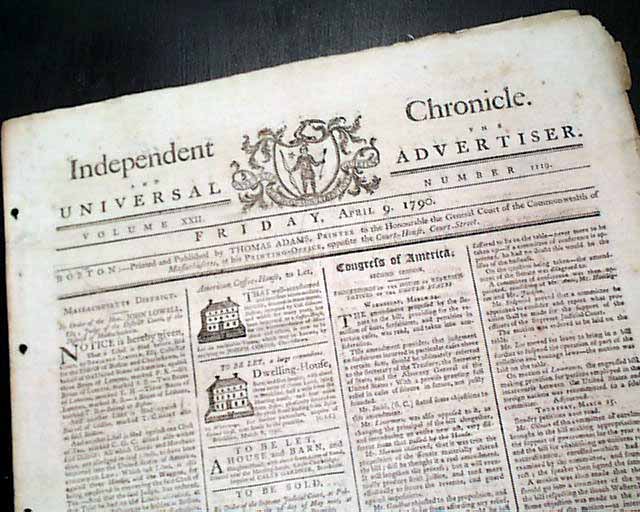 Half of the ftpg. is taken up with reports from the: "Congress of America". Also six large illustrated ads for houses for sale.
Various news of the day inside with most of page 3 taken up with the: "Prices In the State Lottery".
Four pages, small binding holes at the blank spine, wide, never-trimmed margins, very nice condition.