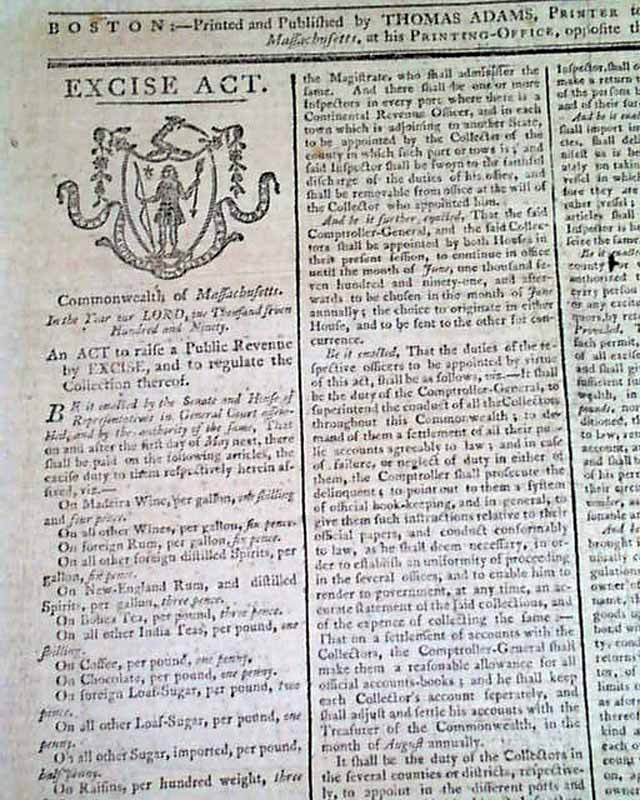 The entire front page and over half of the back page are taken up with two Acts of the Mass. Legislature, the first being the very lengthy: " Act to Raise a Public Revenue by Excise & to Regulate the Collection Thereof".
Both Acts are signed in type by the governor: John Hancock.
Single sheet, never-trimmed margins, small binding holes at the blank spine, very nice condition.