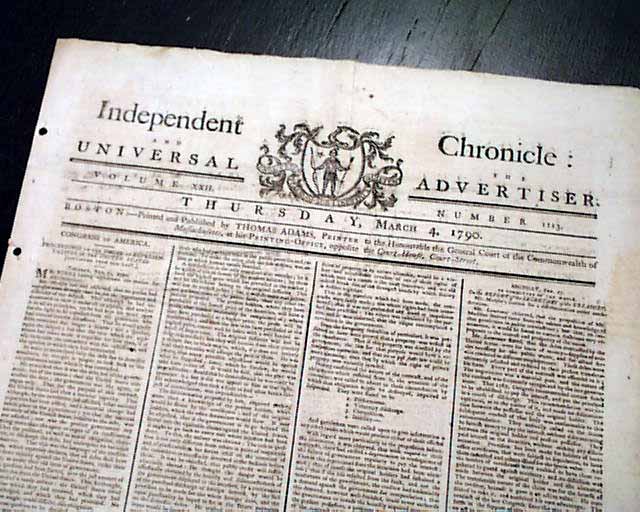 All of the front page is taken up with lengthy & detailed reports of: "Proceedings in the House of Representatives of the United States" and includes talk: "On the Report o the Secretary of the Treasury".
Various news of the day inside and a wealth of ads. The bkpg. is filled with ads including 4 nice illustrated house ads.
Four pages, small binding holes at the blank spine, wide, never-trimmed margins, very nice condition.