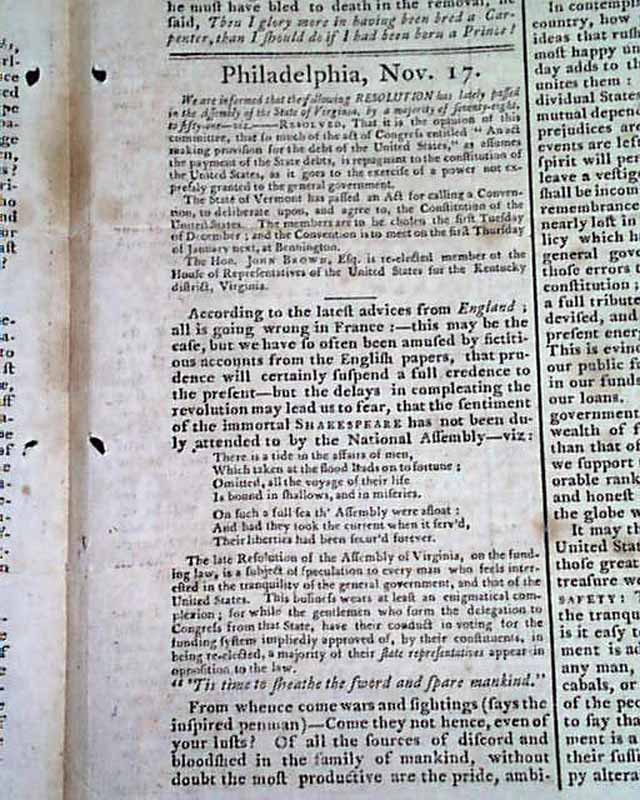 Among the news in a page 3 report that: "The State of Vermont has passed an Act for calling a Convention, to deliberate upon, and agree to the Constitution of the United States. The members are to be chosen the first Tuesday of December; and the Convention is to meet...January next, at Bennington."
Also of note is a report that the Assembly of Virginia issued a Resolve criticizing the historic Funding Act of 1790, whereby the new federal government would assume the debts of the states incurred in the war.
The bkpg. has a "Treasury Department" notice seeking bids to supply rations for posts at Springfield, Mass., and West Point in New York.
Four pages, wide, never-trimmed margins, scattered foxing, good condition.