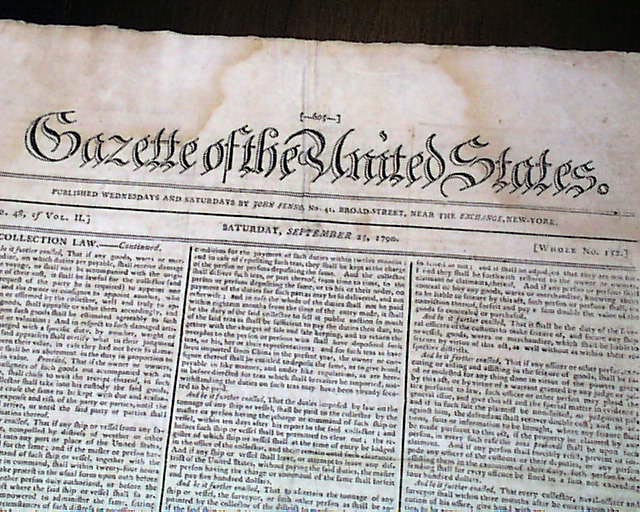 The back page has a "Proclamation" signed by the King of France: Louis.
The front page has a notable item headed: "Treasury Department" concerning the historic Funding Act of 1790, whereby the new federal government assumed the debts of the individual states incurred during the Revolutionary War.
Page 3 has an interesting letter from  James Cresswell concerning the capture of his family & himself by Saganan Indians at  Huntingdon County, Pennsylvania, and were: "...stripped...of all our goods & effects, tied ...together by the necks, and brought...to Detroit..." but were interceded by Major Smith who gave them their freedom.
Four pages, never-trimmed margins, small binding holes at the blank spine, nice condition. 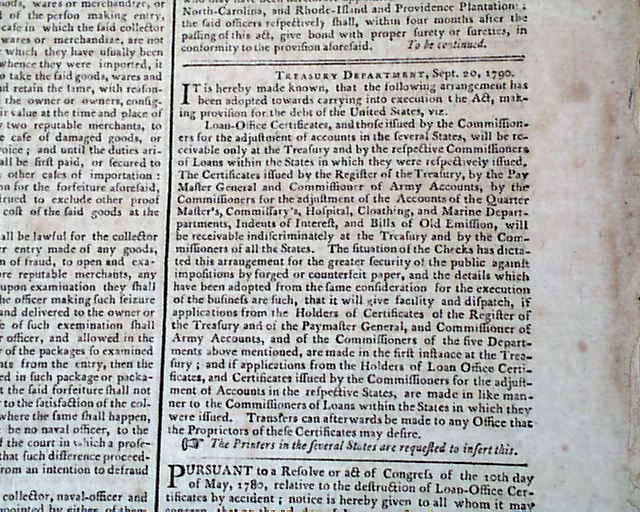 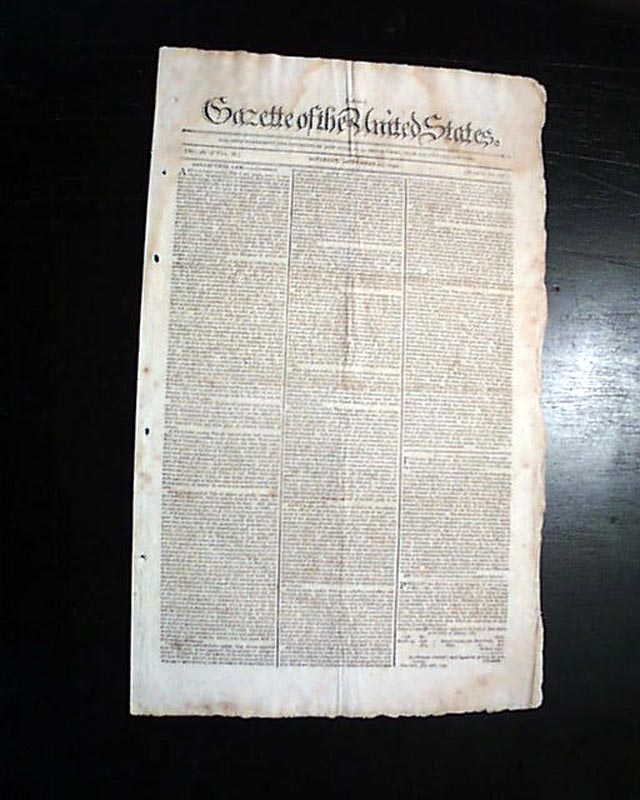 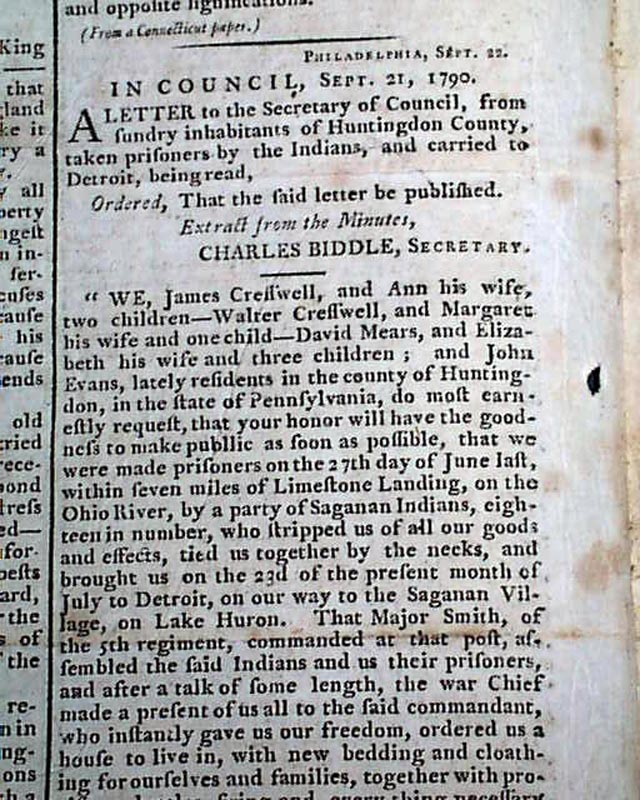 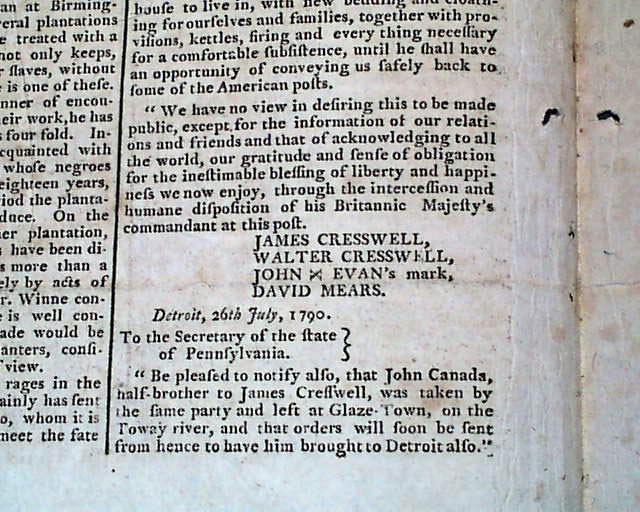 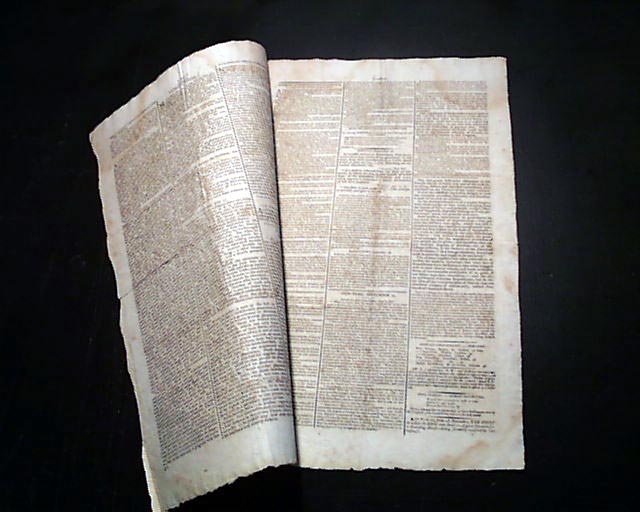 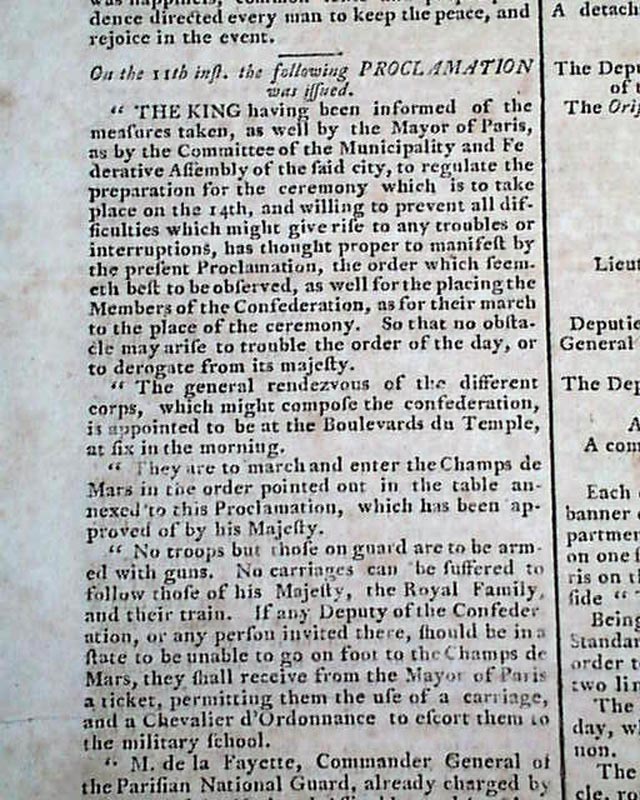 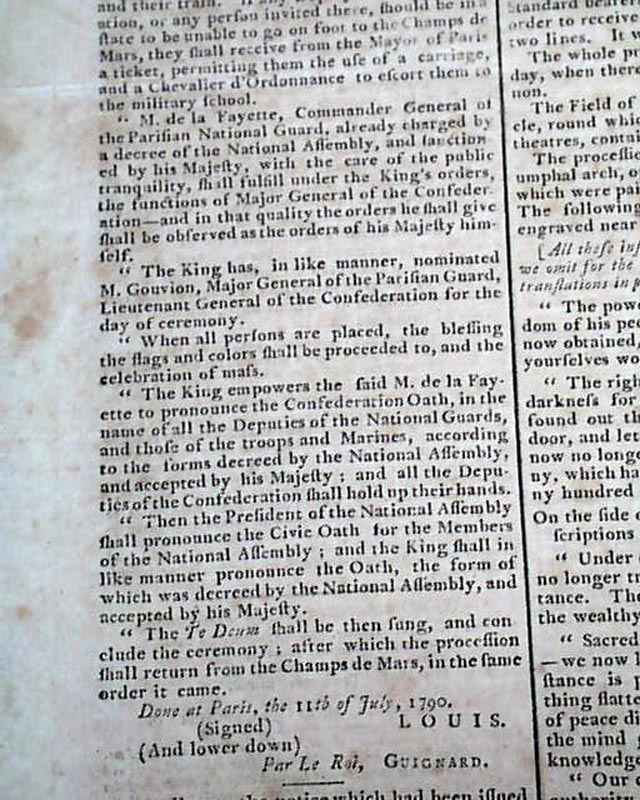