Home > Back to Search Results > A eulogy on the life of Ben Franklin...
Click image to enlarge 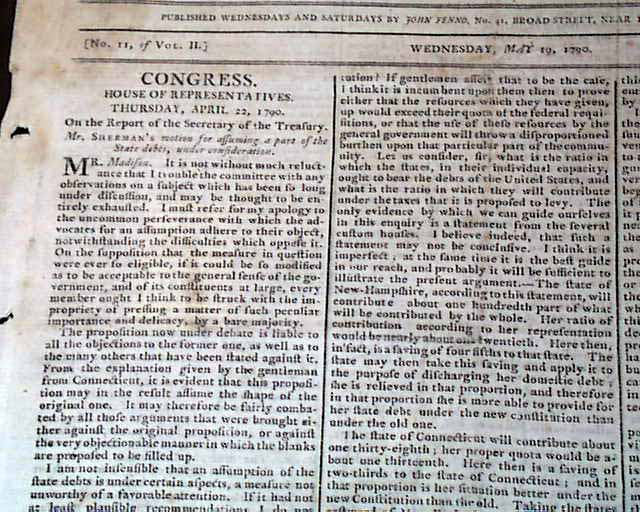 A eulogy on the life of Ben Franklin...


GAZETTE OF THE UNITED STATES, New York, May 19, 1790  The entire front page and most of page 2 are taken up with lengthy & very detailed discussion on: "Congress - House of Representatives" on the report of the Secretary of the Treasury.
Page 2 has two-thirds of a column headed: "Notices Of Dr. Franklin" which reads like a eulogy on him, having died just the previous month. A few bits note: "...is astonishing how the whole city was moved--His funeral was as crowded as at the entry of Gen. Washington; all seemed as if they had lost a parent  or a friend...The state officers, etc. go in mourning...He died as he lived, doing good. Beloved whilst alive, he will be canonized now dead..." and much more.
Page 3 has a short bit: "The public may be assured that the President of the United States is recovering from his indisposition."
Four pages, wide, never-trimmed margins, small binding holes at the blank spine, a bit of light damp staining near the margins. 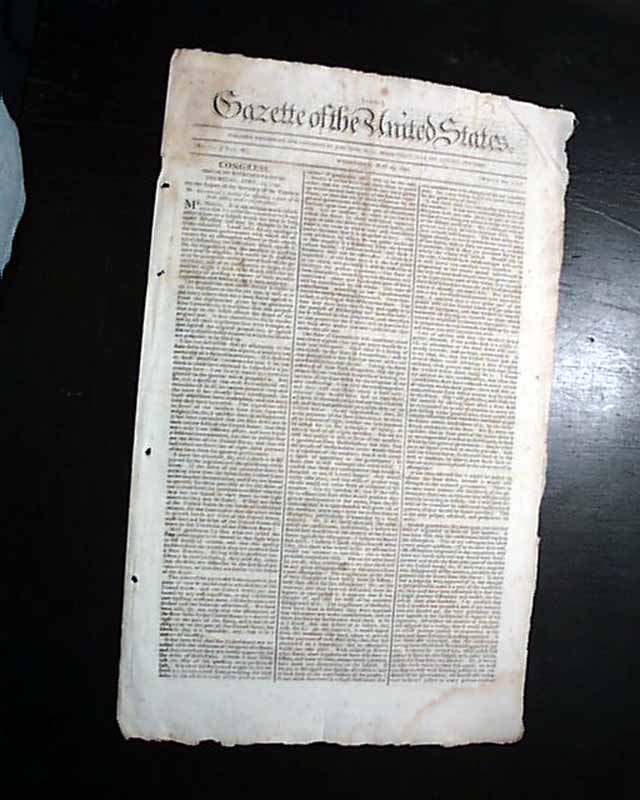 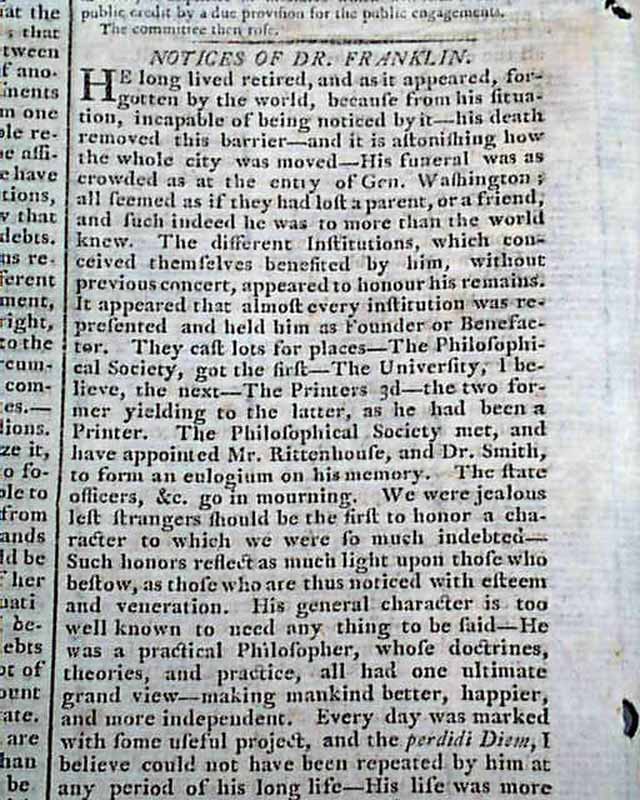 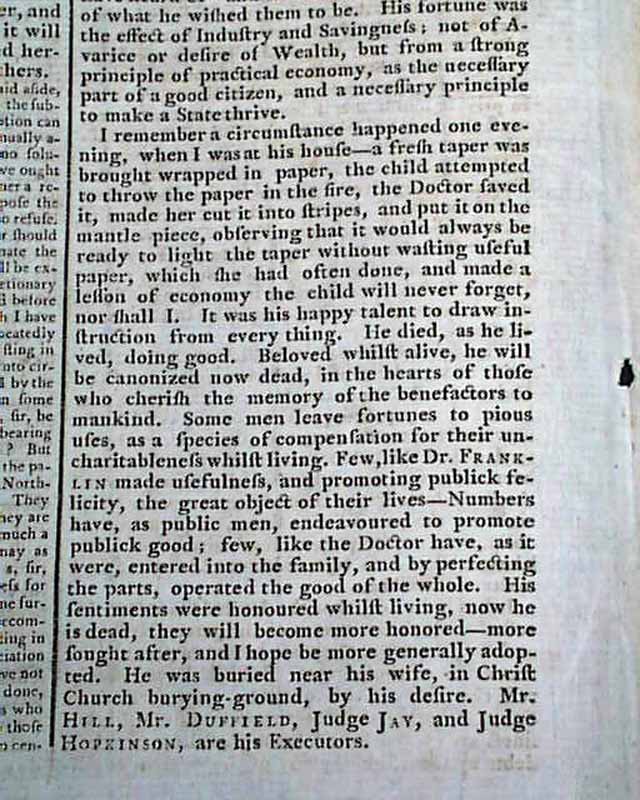 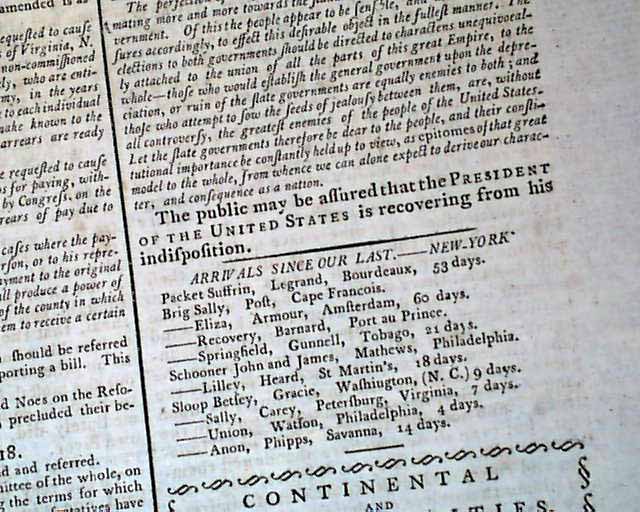 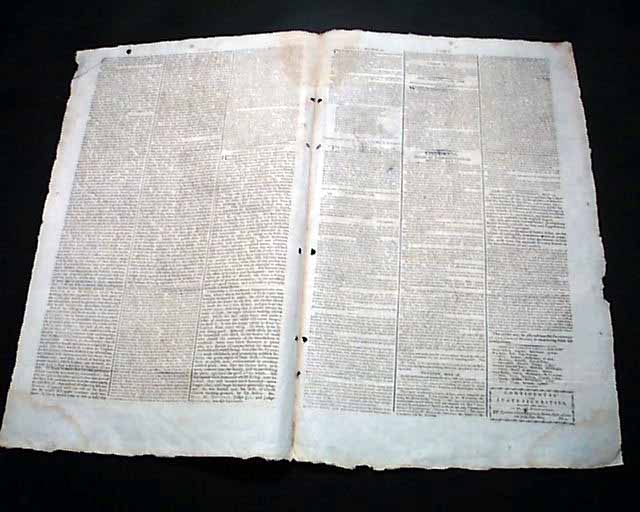