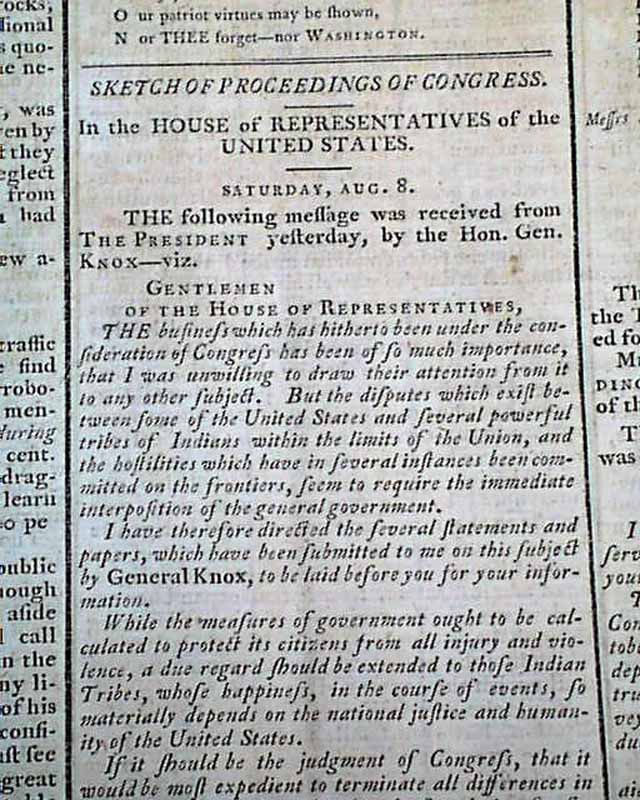 Page 2 has a message from the President to the House of Representatives. In his letter the President expresses his concern about the Indians and a "...uniform and effective system for the militia...", signed in italics: Geo. Washington.
Another message on pg. 2 to the House: "...to protect the frontiers from the depredations of the hostile Indians..." is signed in italics: G. Washington. Various reports from Congress included a list of "The bills" being dealt with, including "For allowing compensations to the President and Vice President" & "And on the subject of Amendments" among others. Following this is an interesting letter on a title for the President, beginning: "The opposers of honorary distinctions for our federal rulers refer to the Constitution with the greatest propriety--for that is totally silent upon the subject: the world President cannot be considered as a title...evident that no titles were ever intended to be given by the framers of the Constitution..." and more.
Four pages, never-trimmed margins, some light damp staining, generally good condition.