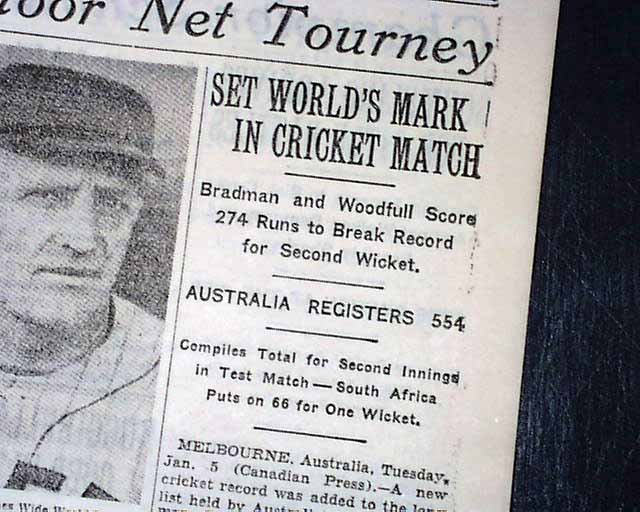 Page 21 has a one column heading: "SET WORLD'S MARK IN CRICKET MATCH" with subheads: "Bradman and Woodruff Score 274 Runs to Break Record for Second Wicket", "Australia Registers 554" and more. First report coverage on famed cricket player, Don Bradman, breaking another record by scoring 274 runs for the second wicket. I suspect this is one of the few publications to report this particular event as other titles in our inventory do not.
Other news, sports and advertisements of the day. Complete with all 52 ;pages, rag edition in nice condition.