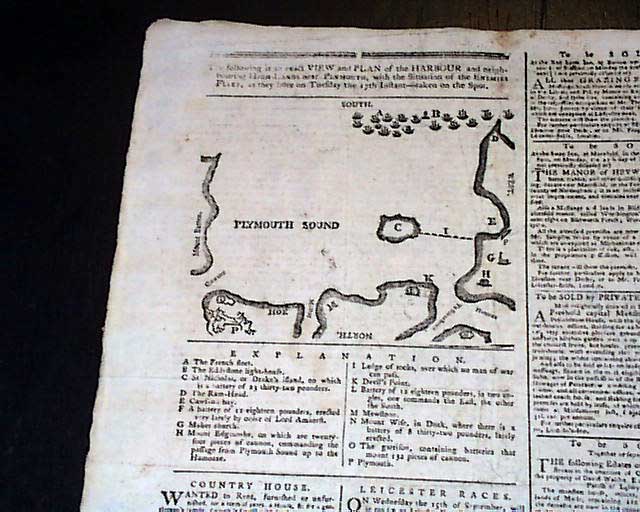 The prime feature of this issue has to be the very rare map of Plymouth Sound in England headed: "The following is an exact View and Plan of the Harbour & Neighbouring High Lands near Plymouth, with the Situation  of the Enemies Fleet as they bore on Tuesday the 17th Instant--taken on the Spot." There is also a key noting the various points in the map. Maps in newspapers from this era are exceedingly rare.
Accompanying this are several articles on page concerning the military events in the Plymouth vicinity.
There is also American news on page 3 with much reporting on the military events concerning General Lincoln, British General Prevost in South Carolina.
Four pages, folio size, never-trimmed margins, red tax stamp on the front page, a bit irregular at the spine, nice condition.