Home > Back to Search Results > Military actions in the South...
Click image to enlarge 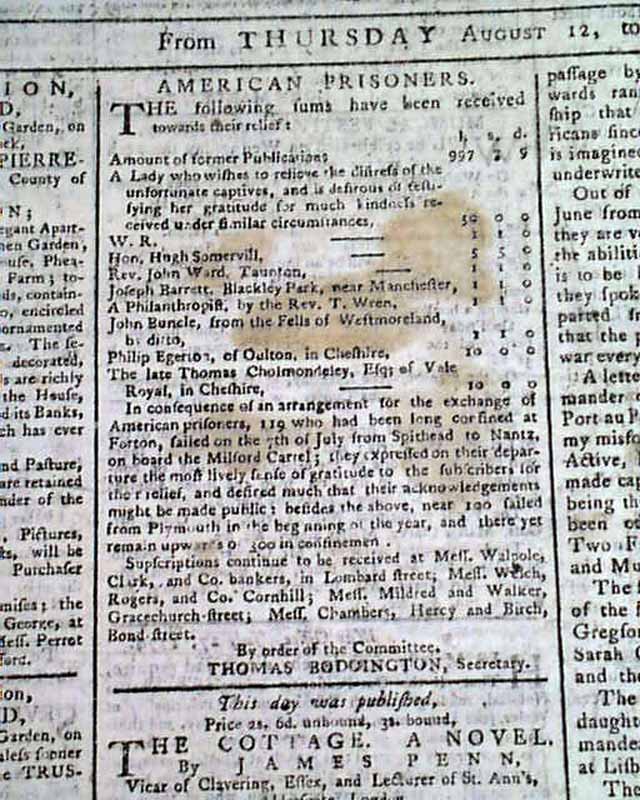 Military actions in the South...

The back page has some: "American News" taken from the Boston Evening Post, including: "...that Congress have nearly accomplished the important measure for establishing the credit of our currency...that there is now no naval force at Rhode Island except two gallies."
Also a report from North Carolina: "...that after the small advantage gained by the enemy t an action with Gen. Ash...the governor himself turned out at the head of the militia...which marched with great spirit upon the occasion...impatient to meet the enemy & drive them from their country. Many in the same spirit were on their march from Virginia to join Gen. Lincoln...the vigour and alertness of the Southern states were such as to afford an happy omen that the enemy would soon be obliged to leave Georgia & abandon their boasted enterprize."
The front page has: "AMERICAN PRISONERS - The following sums have been received towards their relief:" followed by the list.
Four pages, folio size, never-trimmed margins, red tax stamp on the front page, very nice condition. 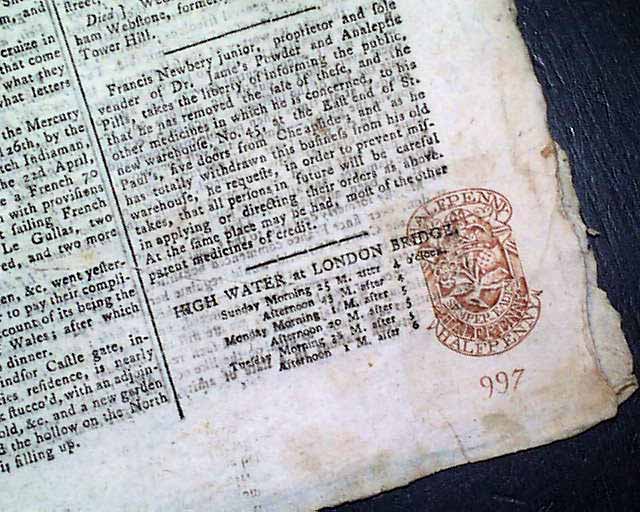 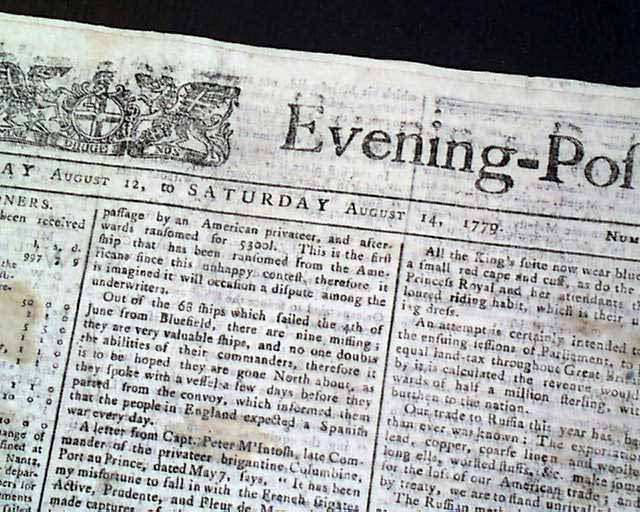 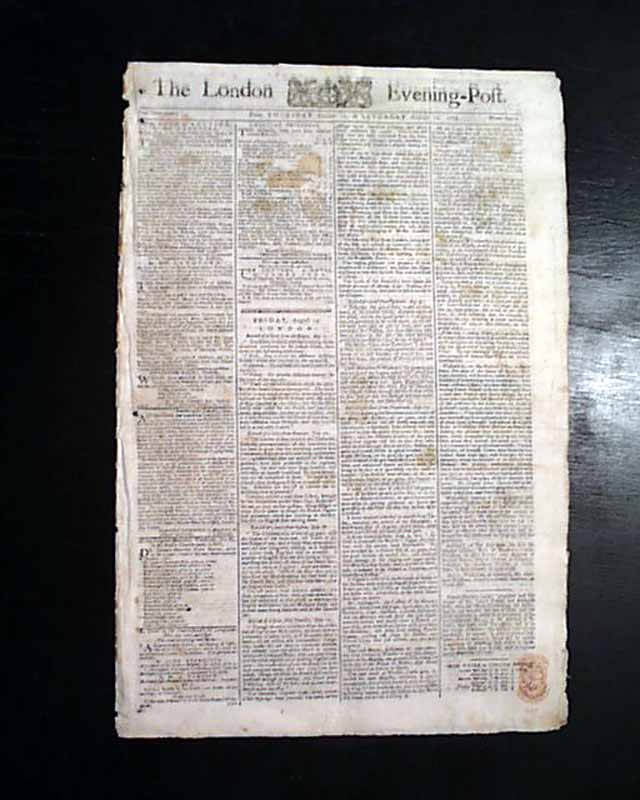 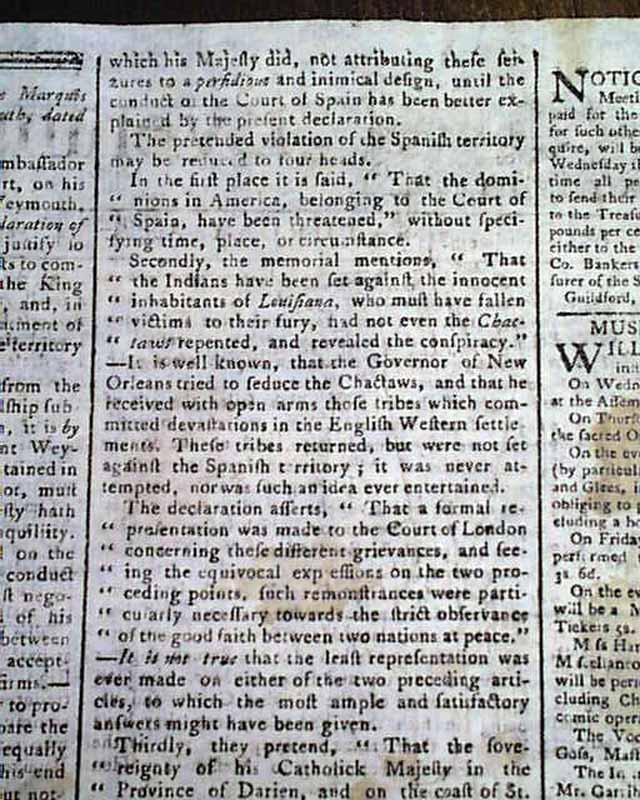 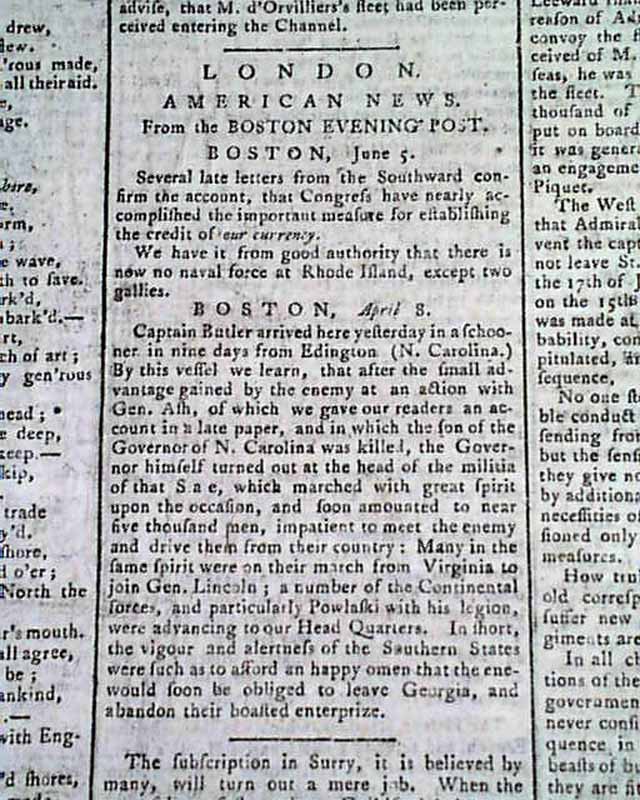