Home > Back to Search Results > America should be free and independent...
Click image to enlarge 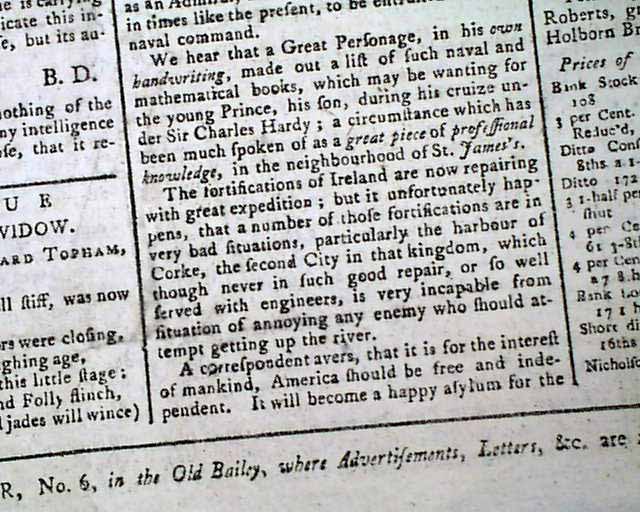 America should be free and independent...

The back page has some reports from America on the Revolutionary War, a few bits including: "...that it is for the interest of mankind, America should be free and independent. It will become a happy asylum for the oppressed subjects of all the arbitrary Princes in the world..." with more. And another item includes: "The recalling the troops from Virginia is one of those secret maneuvers...which we do not understand. This however is certain, nothing can be more ruinous to our cause than such proceedings, for the loyalists who came in & took the oaths are now exposed to the fury of the rebels..." and more.
Four pages, folio size, never-trimmed margins, red tax stamp on page 3, very nice condition.