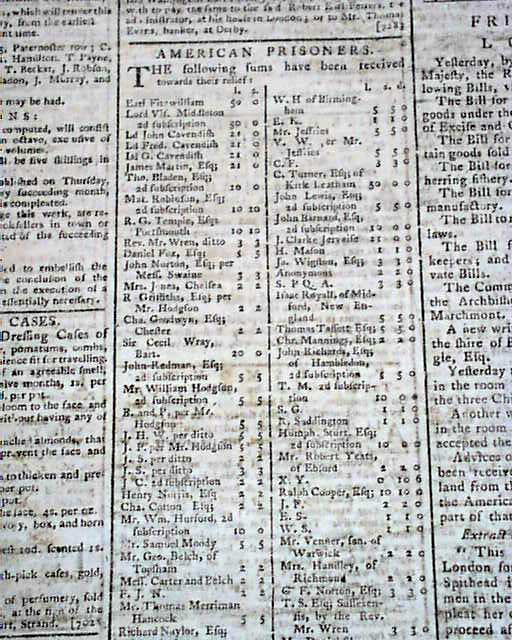 
THE LONDON EVENING POST, England, April 3, 1779  Page 3 has a letter from Charleston which includes: "We learn that General Lincoln with 7000 regular troops has taken possession of several advantageous posts between the British forces and the town of Savannah. General Moultrie, with a large body of militia, is also marched to oppose General Campbell as he advances and the whole province of South Carolina is arming against him."
The ftpg. has: "American Prisoners - The following sums have been received towards their relief..." with the list.
Four pages, folio size, never-trimmed margins, red tax stamp on page 3, very nice condition.