Home > Back to Search Results > Latest from the Revolutionary War...
Click image to enlarge 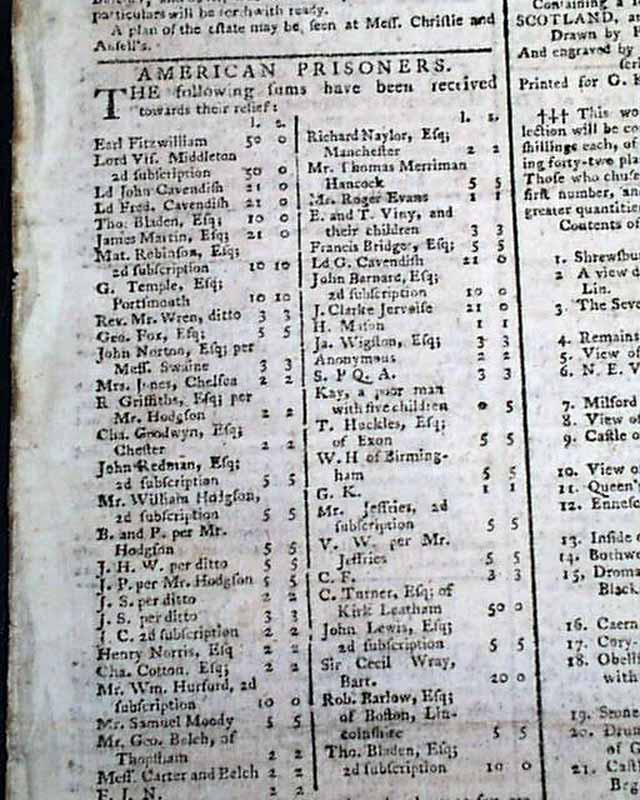 Latest from the Revolutionary War...

The front page has a list of: "American Prisoners - The following sums have been received towards their relief:...".
The back page has news from New York including a letter signed in type by: John Jay which introduces some documents from Congress concerning relations with France, their new ally.
Also a report that: "General Washington, upon application to General Clinton, being refused the privilege of transporting provisions by water for the use of the troops of the Convention, has ordered General Heath to march them from their present quarters into the back parts of Virginia. General Gates left this place yesterday for Boston in order to take the command in the Eastern department..." and a few more items.
Four pages, folio size, never-trimmed margins, red tax stamp on page 3, very nice condition.