Home > Back to Search Results > Latest news on the war in America...
Click image to enlarge 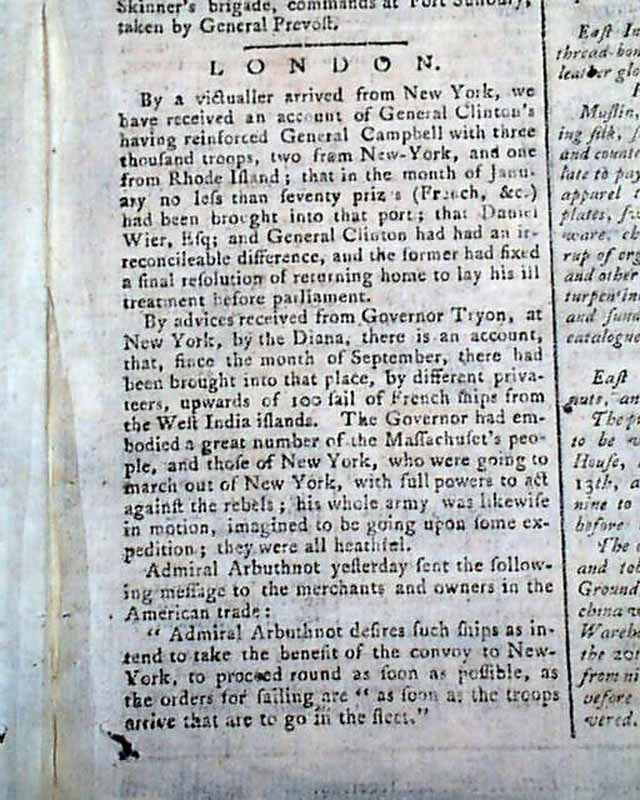 Latest news on the war in America...

Page 3 has some reports concerning the Revolutionary War, bits including: "...arrived from New  york we have received an account of General Clinton's having reinforced General Campbell with 3,00 troops..." and: "But advices received from Governor Tryon...that since the month of September there had been brought into that place...upwards of 100 sail of French ships...The Governor had embodied a great number of the Massachusetts' people & those of New York who were going to march out of New York, with full powers to act against the rebels; his whole army was likewise in motion..." with a bit more.
Four pages, folio size, never-trimmed margins, red tax stamp on the front page, very nice condition.