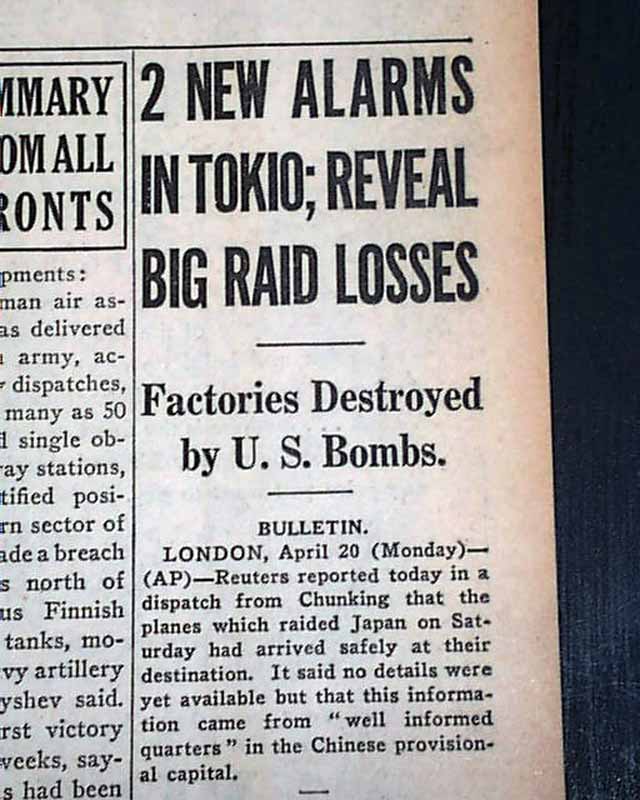 The front page has a one column heading: "2 NEW ALARMS IN TOKIO; REVEAL BIG RAID LOSSES" with subhead: "Factories Destroyed by U. S. Bombs" (see) This was the famous Doolittle raid on Japan. It was not known at the time that James "Jimmy" Doolittle was involved due to secrecy. Always nice to have notable events in history reported in this World famous publication.
Complete with all 32 pages, light toning at the margins, small library stamp within the masthead, small binding holes along the spine, generally nice.

Plane crashes into the Empire State B...