Home > Back to Search Results > John F. Kennedy is inaugurated President of the United States...
Click image to enlarge 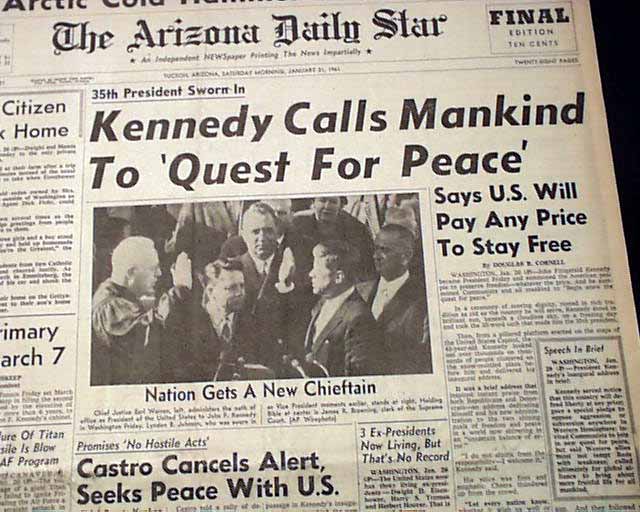 John F. Kennedy is inaugurated President of the United States...

The front page has a six column headline that reads: "Kennedy Calls Mankind To 'Quest For Peace'" with a subheads and photo. Complete text of inaugural address is on page 10.
Complete with all 28 pages, tiny biding holes along the spine, nice condition.