Home > Back to Search Results > Is the American situation really that bad?
Click image to enlarge 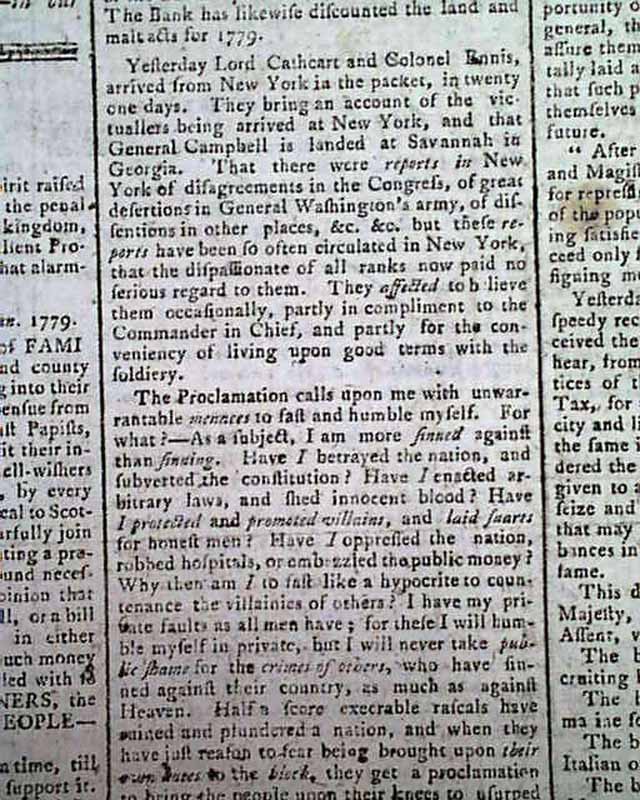 Is the American situation really that bad?

The back page has a report: "...bring an account of the victruallers being arrived at New York and that General Campbell is landed at Savannah in Georgia. That there were reports in New York of disagreements in the Congress, of great desertions in General Washington's army, of dissensions in other places, etc., etc., but these reports have been so often circulated in New  York that the dispassionate of all ranks now paid no serious regard to them. They affected to believe them occasionally, partly in compliment to the Commander in Chief, and partly for the conveniency of living upon good terms with the soldiery."
Four pages, folio size, never-trimmed margins, red tax stamp on page 3, nice condition.