Home > Back to Search Results > Concerning the attack on Sullivan's Island...
Click image to enlarge 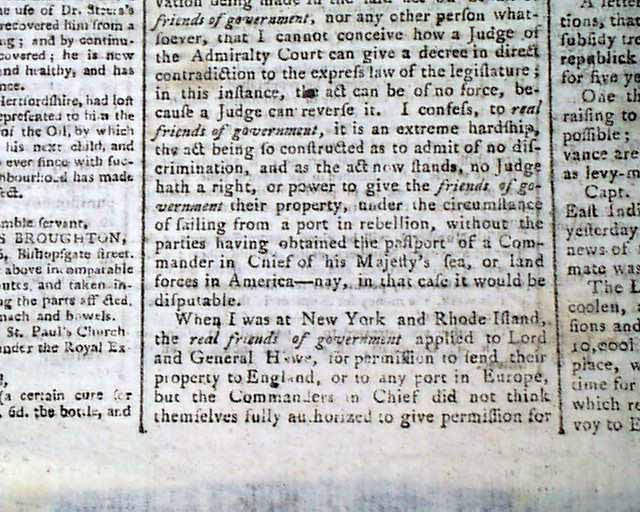 Concerning the attack on Sullivan's Island...

The front page has a letter: "To the Admirals, Captains, and Officers of his Majesty's Royal Navy" with content relating to America. Included: "When I was at New York and Rhode Island the real friends of government applied to Lord and General Howe for permission to send their property to England...I had the honour to be employed as an officer at the attack of Sullivan's Island, South Carolina, where I was intimately acquainted with Lord William Campbell...who...told me that all the real friends of government had been persecuted & their property seized upon..." with more.
Page 3 has some reports concerning the military situation in the Caribbean, and it also has a lengthy account of a duel in New York between generals.
Four pages, folio size, never-trimmed margins, red tax stamp on page 3, good condition.