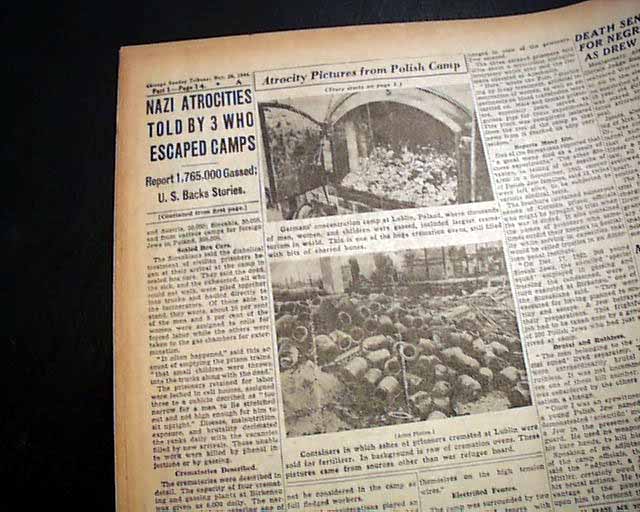 The front page has a one column heading: "Nazi Brutality in Camps Told by 3 Who Fled" Two related photos on page 14. Coverage on the horrors of the Nazi death camps finally being realized by the public for the first time.
Thirty plus pages, light toning at the margins, small library stamp within the masthead, small binding holes along the spine, generally very nice.