Home > Back to Search Results > Capture of St. Christopher and Nevis...
Click image to enlarge 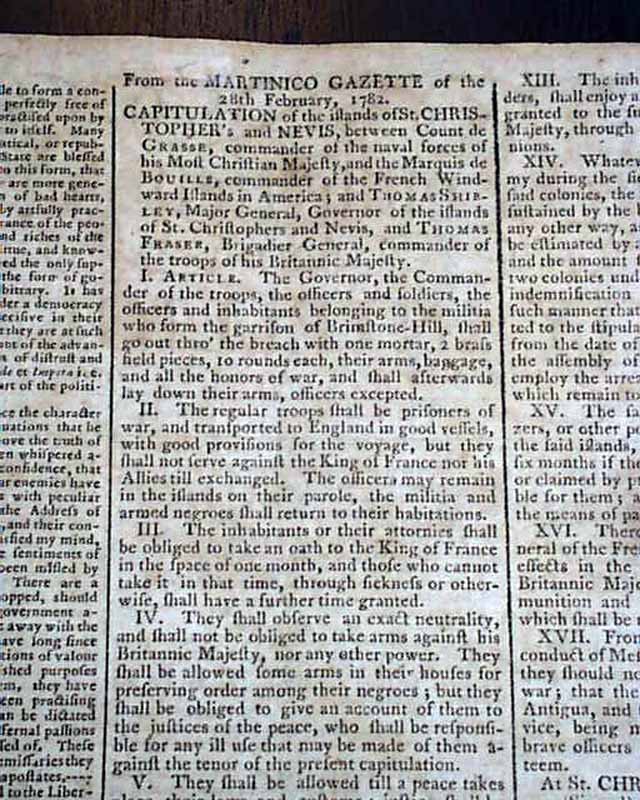 Capture of St. Christopher and Nevis...

Half of page 2 is taken up  with the treaty for the: "Capitulation of the Islands of St. Christopher's and Nevis, between Count de Grasse...and the Marquis  de Bouille...and Thomas Shirley...and Thomas Fraser, Brig. General, commander of  the troops of his Britannic Majesty".
This was a notable naval battle of the Count de Grasse of France over the British commander Samuel Hood.
A few other items relating to the war.
Four pages, handsome lettering in the masthead, very small excise from near the top of the back leaf, very nice condition.