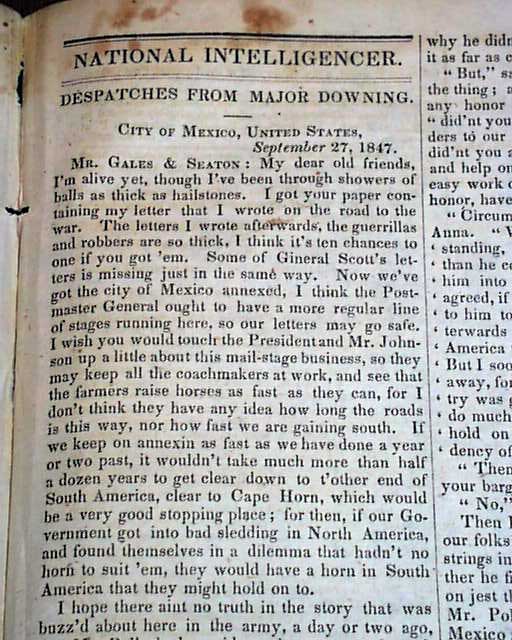 Inside has some great content on the Mexican War including nearly a full column letter: "Dispatches From Major Downing" on the situation from near the end of the war. It includes a letter from him to President Polk which begins: "I've done my best, according to your directions, to get round Santa Anna, but it is all no use. He's as slippery as an eel, and has as many lives as a cat. Trist and I together can't hold him U Scott and Taylor can't kill him off...he slips through our fingers..." with much more.
Another report is headed: "Santa Anna's Purposes".
Four pages, very nice condition. 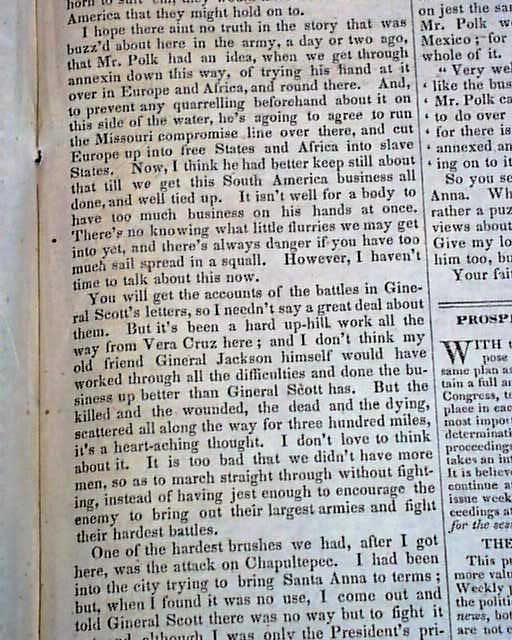 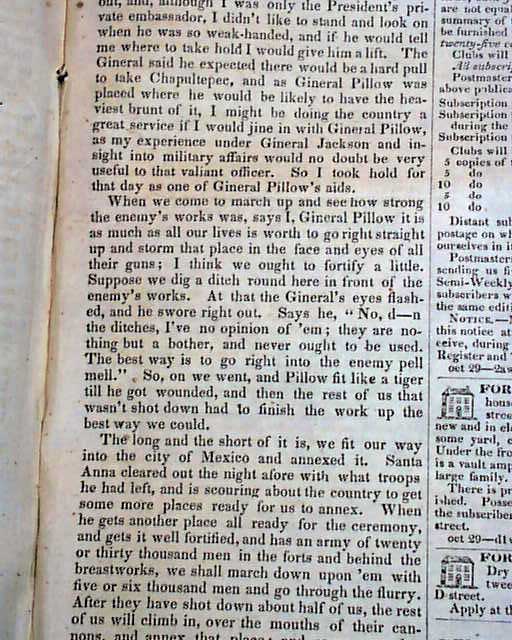 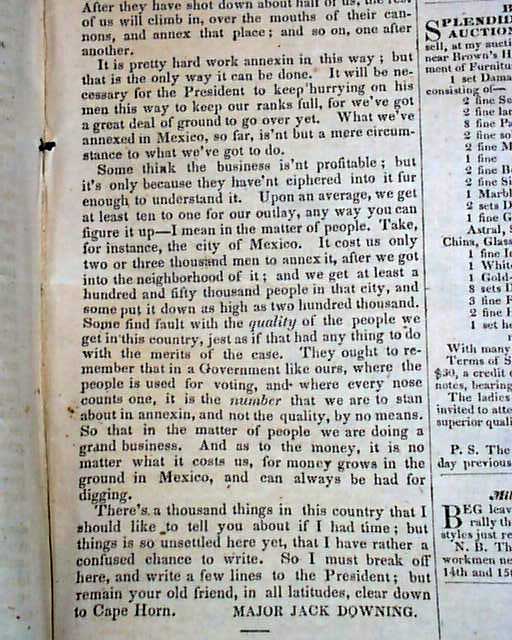 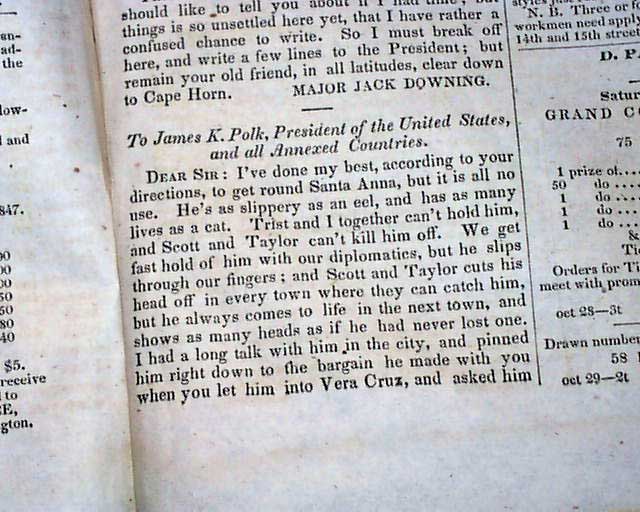 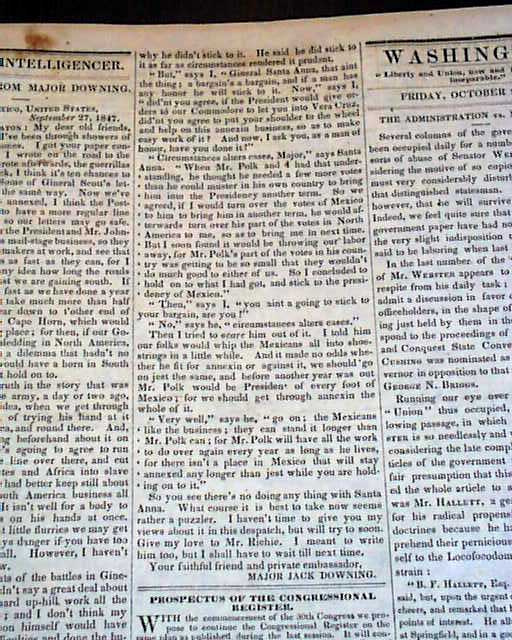 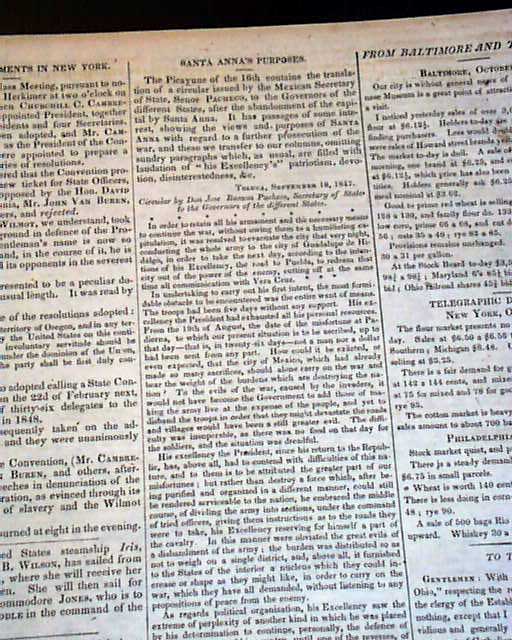 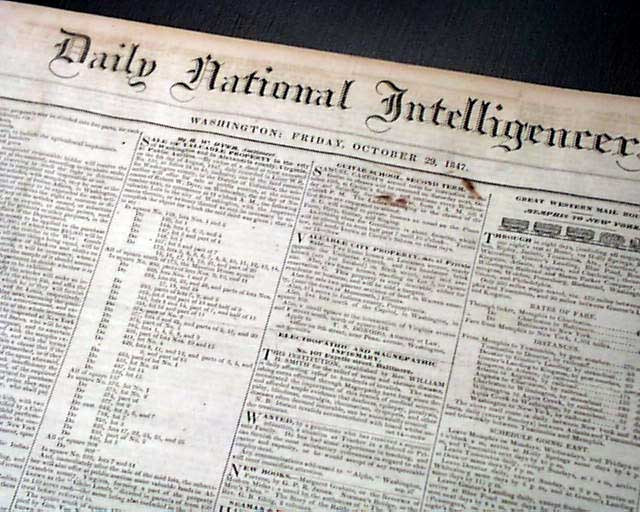 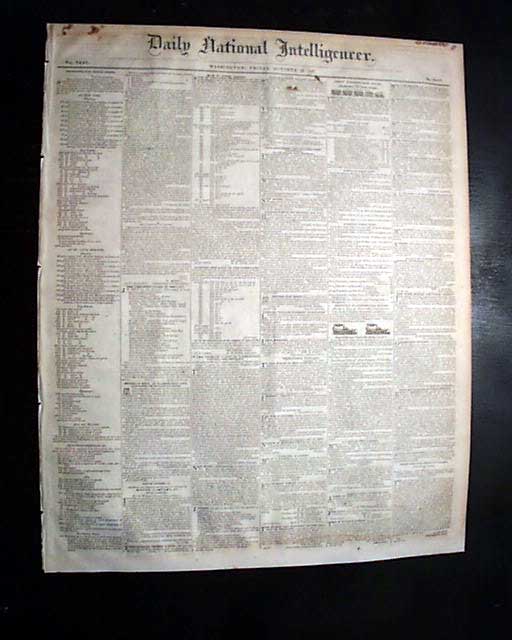