Home > Back to Search Results > An honored gift for George Washington...
Click image to enlarge 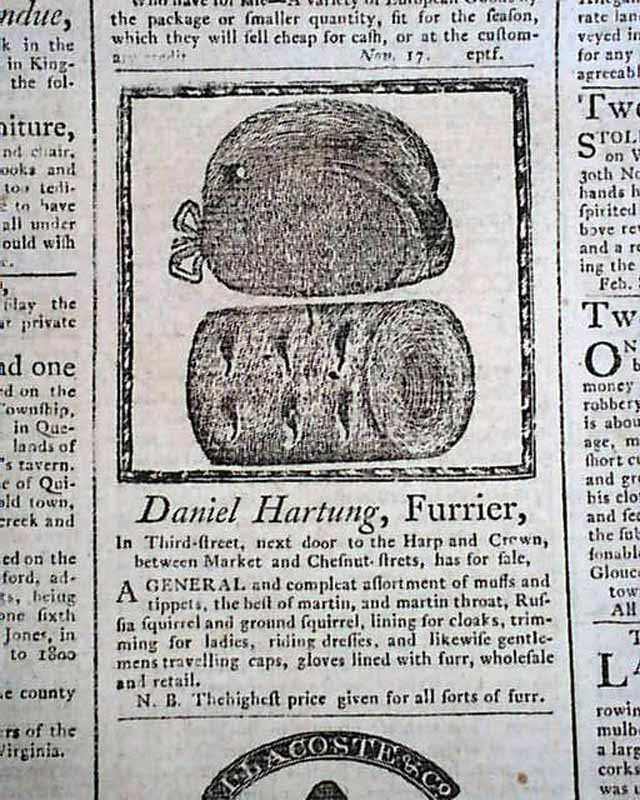 An honored gift for George Washington...

* United States Constitution not yet created

An issue from the brief period between the end of the Revolutionary War and before the creation of the Constitution & the new federal government.
Page 2 has an item from Virginia: "An ACT to Amend the Act entitled, 'An Act for Vesting in George Washington, Esquire, a Certain interest in the Companies Established for Opening and Extending the Navigation of James and Potowmack Rivers", taking most of a column.
Nearly half of page 3 is taken up with: "Extracts from the Journal of the United States in Congress, Assembled".
The front page has an illustrated ad for a "Hat Manufactory" which shows the iconic tricorne (three corner) hat of the colonial period.
Four pages, very nice condition.