Home > Back to Search Results > The Battle of Stono Ferry...
Click image to enlarge 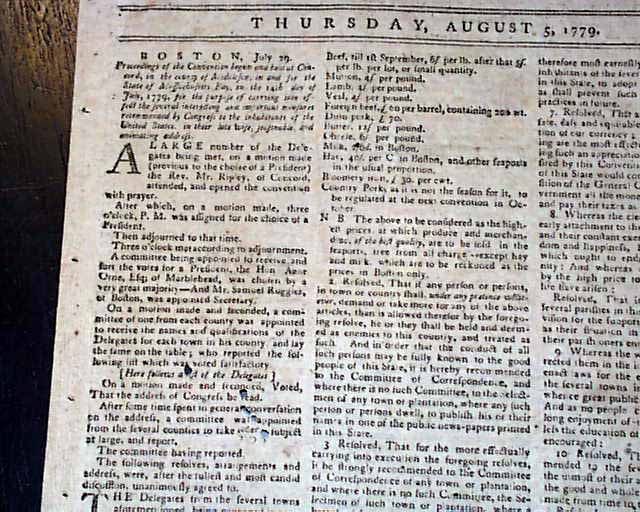 The Battle of Stono Ferry...

A truly rare title from the Revolutionary War, as it lasted for less than 1 1/2 years from March, 1779 to August, 1781.
The entire front page has content dealing with the increasing prices of commodities in the colonies as merchants attempt to capitalize on the war, which was a notable concern at the time. More similar content on inside pages as well.
Page 2 has a report from the House of Commons concerning the war in America. Also a nice report  on the Battle at Stono Ferry led by General Lincoln in his unsuccessful attack upon General Prevost as he was withdrawing from Charleston to Savannah.
Four pages, never bound nor trimmed with wide margins, mouse-chewing to the upper right causes some word loss to pages 2, 3 & 4, some worm holes to both leaves affects a few words as well.