Home > Back to Search Results > Yankees become the first team to decide upon numbers on their jerseys...
Click image to enlarge 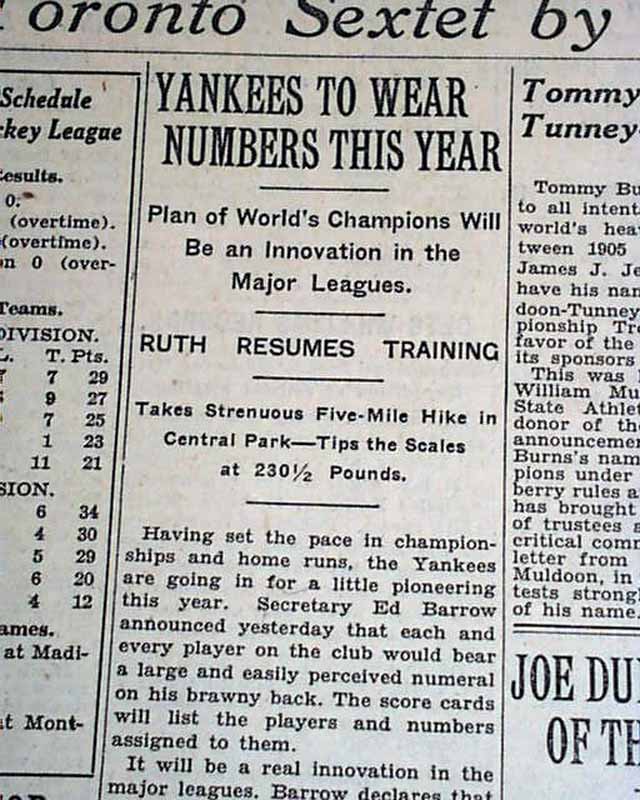 Yankees become the first team to decide upon numbers on their jerseys...

Half of the banner headline at the top of the sports page records an historic event in the world of baseball: "...Yankees to Wear Numbers This Year" with column heads including: "YANKEES TO WEAR NUMBERS THIS YEAR" "Plan of World's Champions Will Be an Innovation in the Major Leagues" "Ruth Resumes Training" and more.
Complete in 52 pages, a little irregular along the spine, nice condition.

Historical note: There were several attempts to wear numbers previously but none were successful. After the Yankee decision Cleveland decided to do the same, and although the first Yankee game was scheduled prior to the first Cleveland game, a rain-out caused the Cleveland franchise to be the first to wear numbers. But the decision to do so was first made by the Yankees.