Home > Back to Search Results > On the Battle of Guilford Court House...
Click image to enlarge 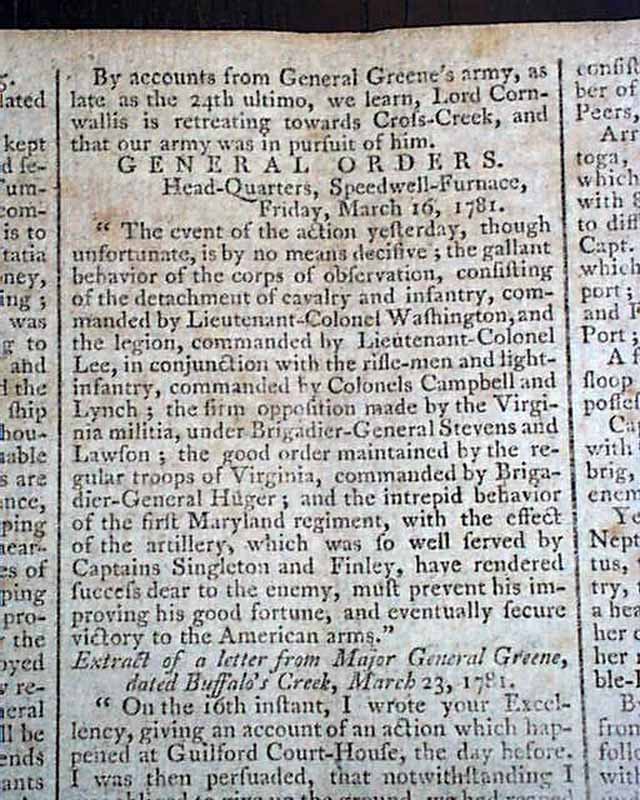 On the Battle of Guilford Court House...

Page 2 has some nice war content. The 2nd column begins with: "By accounts from General Greene's army as late as the 24th ultimo, we learn that Lord Cornwallis is retreating towards Cross Creek and that our army was in pursuit of him."
There is also some nice talk about the historic Battle of Guilford Court House fought on March 15, a report dated March 16 beginning: "The event of the action yesterday, though unfortunate, is by no means decisive; the gallant behavior of the corps...the firm opposition made by the Virginia militia...the good order maintained by the regular troops of Virginia...and the intrepid behavior of the first Maryland regiment...have rendered success dear to the enemy, must prevent his improving his good fortune, and eventually secure victory to the American arms."
This was an appropriate reflection on the battle, for although a "victory" for the British, Cornwallis suffered such severe losses that he abandoned the campaign to control the Carolinas."
This is followed by a fine letter from General Nathanael Greene beginning: "On the 15th instant I wrote your Excellency giving an account of an action which happened at Guilford Court House the day before...I was obliged to give up the ground we had reaped the advantage of the action...Most or all their officers suffered; Lord Cornwallis had his horse shot from under him...Our army are in good spirits notwithstanding our suffering, and are advancing towards the enemy who are retreating towards Cross Creek..." and more. Yet another report references Guilford Court House: "...brings intelligence of an action between Lord Cornwallis and General Greene on the 15th instant..." with some detail. And then again another report noting: "...letter...under the command of General Greene...we are informed, that he was in pursuit of Lord Cornwallis who was retreating towards Wilmington--General Greene had taken..." with a bit more.
There are also two "Proclamations", one from the United States Congress, and the other from Connecticut, for a day of thanksgiving and prayer.
Four pages, decorative lettering in the masthead, scattered foxing, a small hole near the bottom of the front leaf does not affect any mentioned content, nice condition.

Decorative back page with 30 illustra... 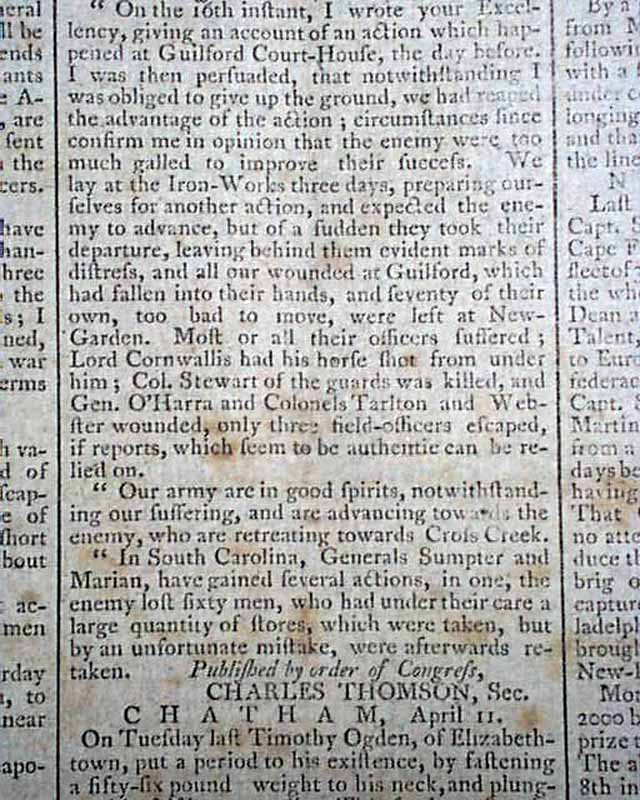 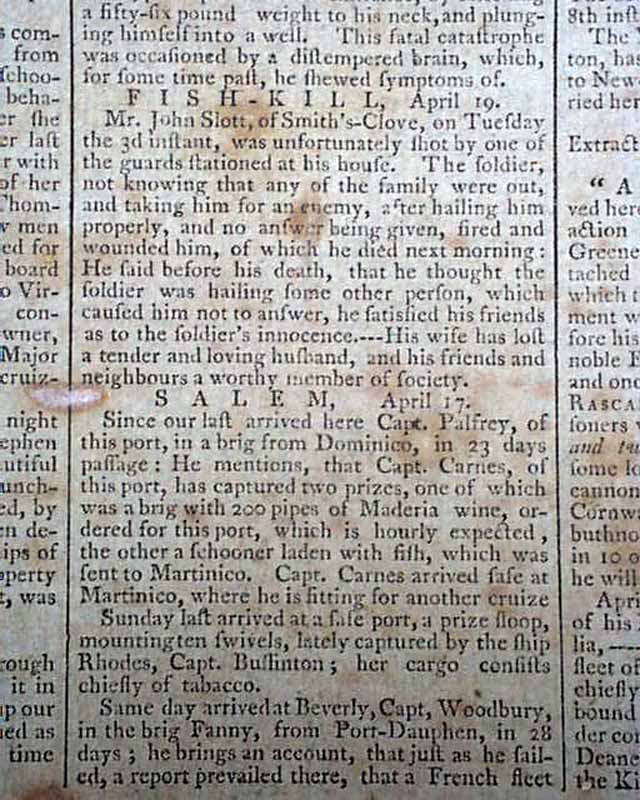 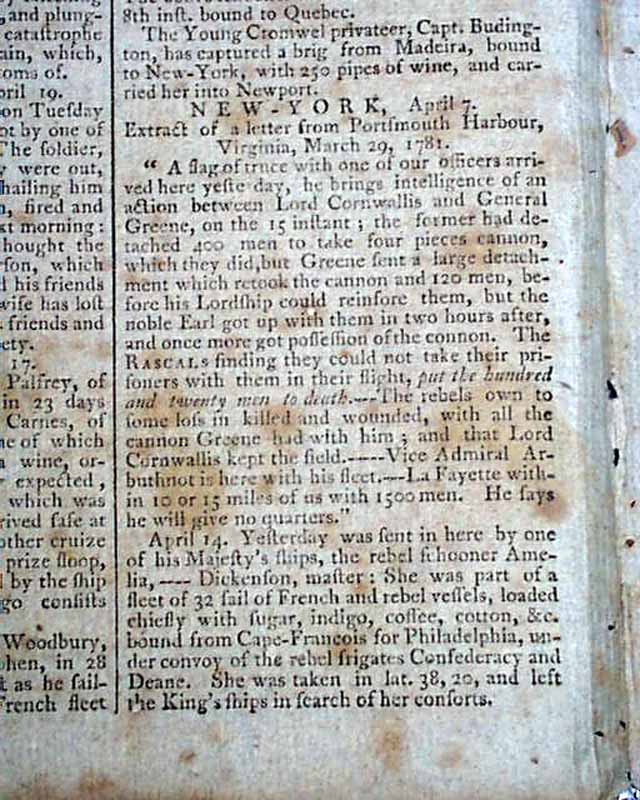 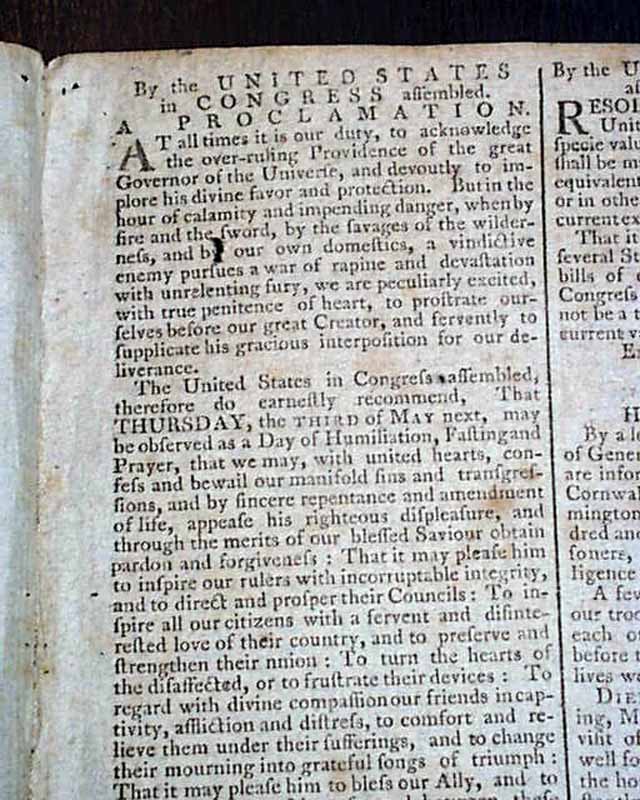 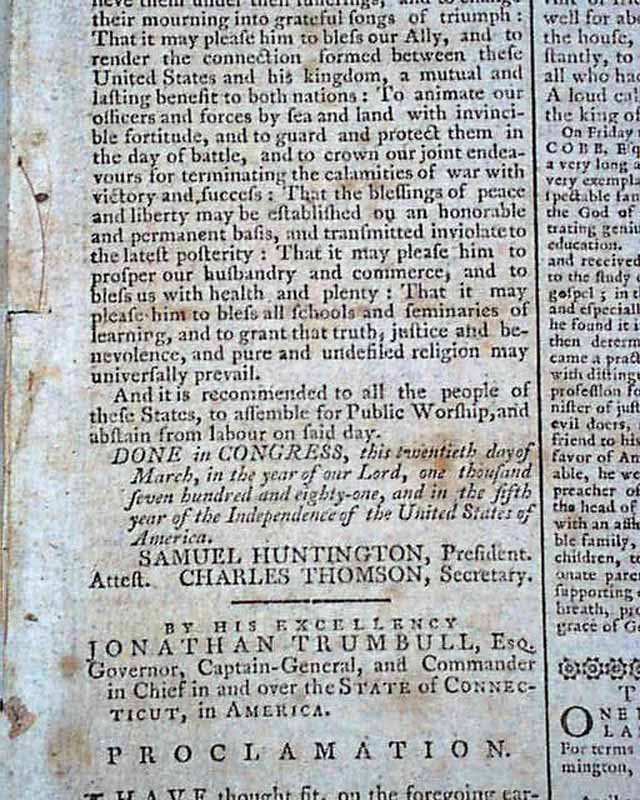 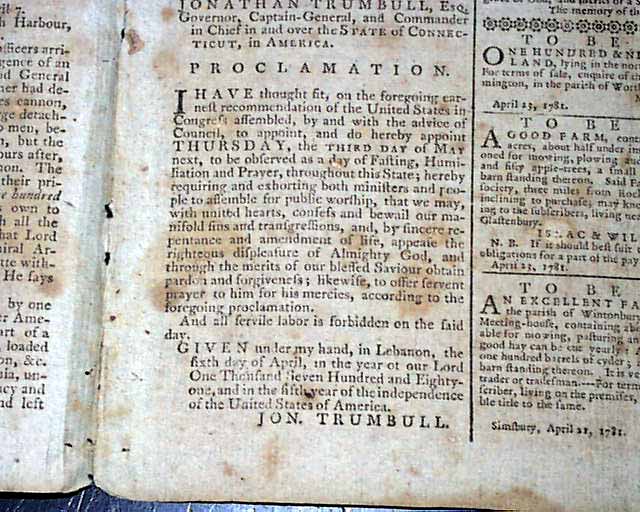 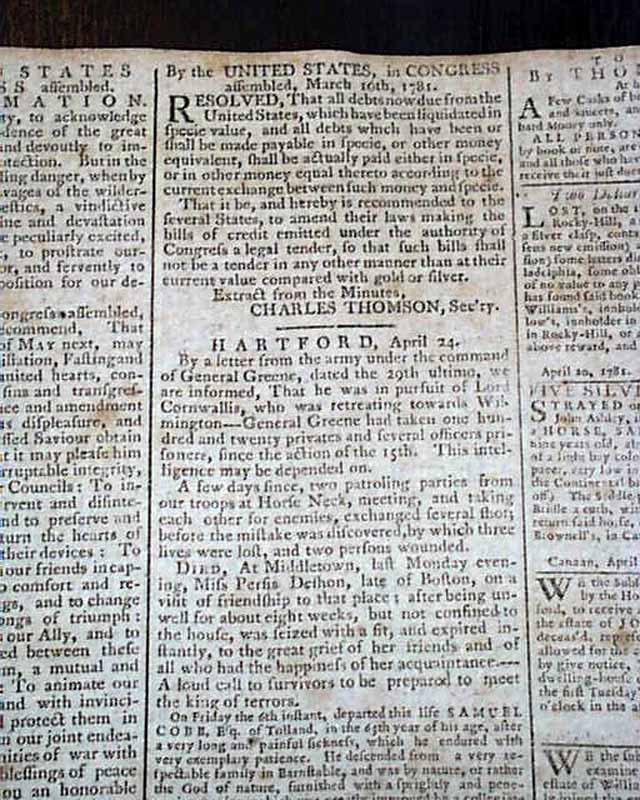 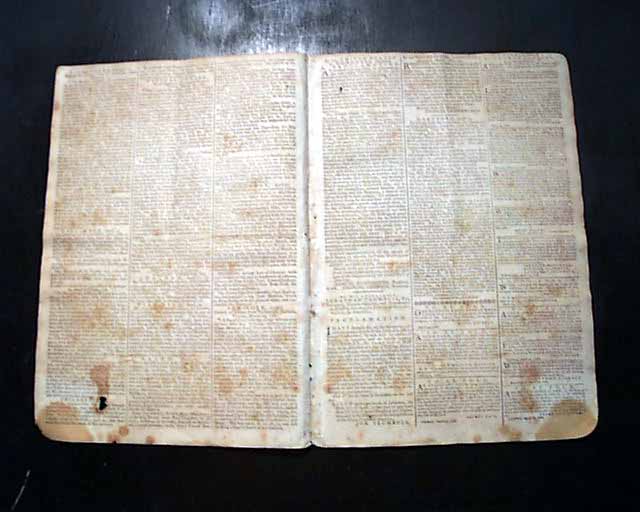 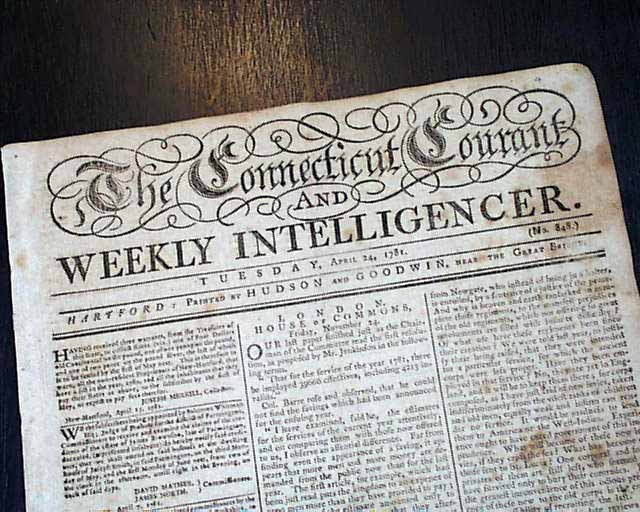 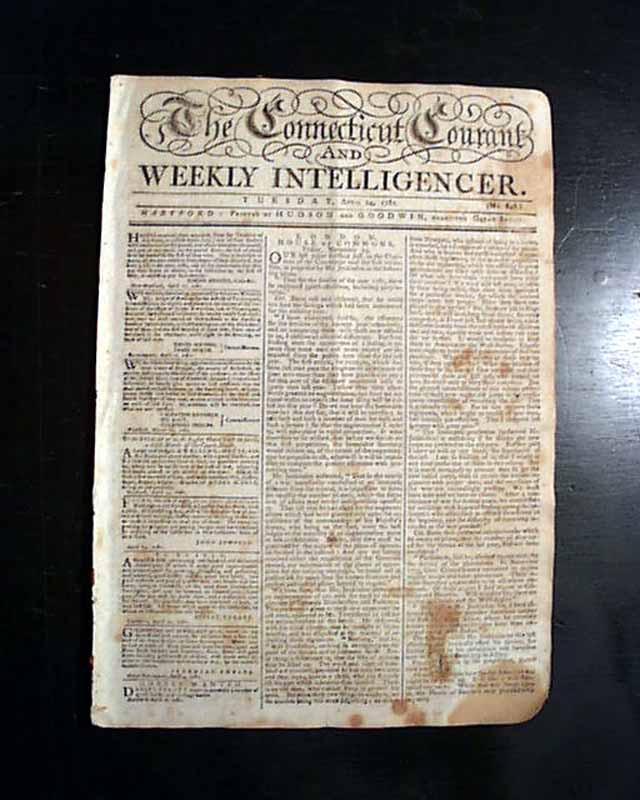