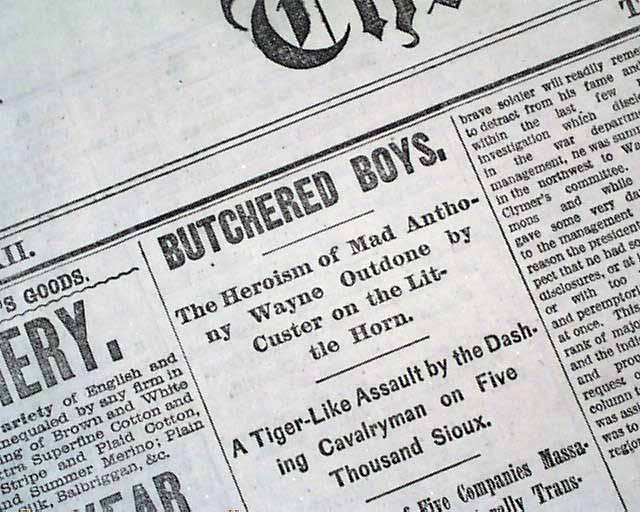 The front page has the top one-third of the 2nd column taken up with nice headlines on the Custer Massacre, including: "BUTCHERED BOYS" "The Heroism of Mad Anthony Wayne Outdone by Custer on the Little Horn" "A Tiger-Like Assault by the Dashing Cavalryman on Five Thousand Sioux" "His Detachment of Five Companies Massacred & the Canon Literally Transformed Into a Slaughter Pen" "Custer and His Brothers Meet Death at the Head of Their Column Unflinchingly" "Not One of the Gallant Band Escaping to Tell the Tale of Bloodshed" "The Troops Overcome by Brute Force and Fairly Dragged from Their Horses" "A Trench with 200 Dead Men--Movements of Gens. Terry & Gibbon" "Biography of the Soldier Who Led Sixty Cavalry Charges To Be Killed at Last by Savages".
The text fills the balance of the column and carries over to the top of the next column. Complete as an 8 page issue, never bound nor trimmed, light browning at ftpg.folds with a tiny hole at the fold juncture not affecting the noted text. In very nice condition.
One of the better issues on the Custer massacre with an uncommonly large number of related headlines. 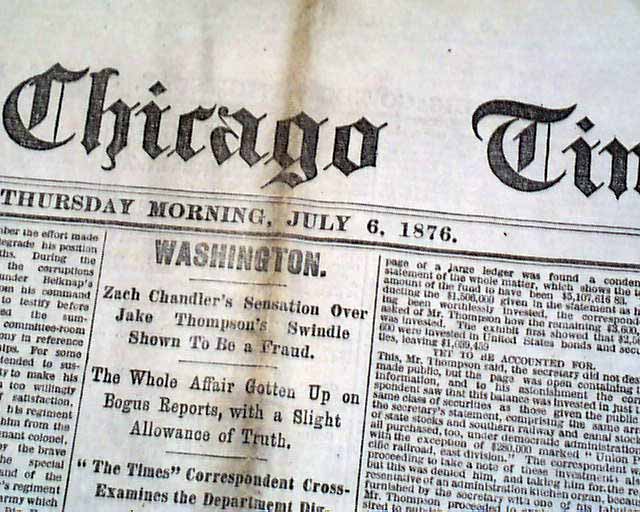 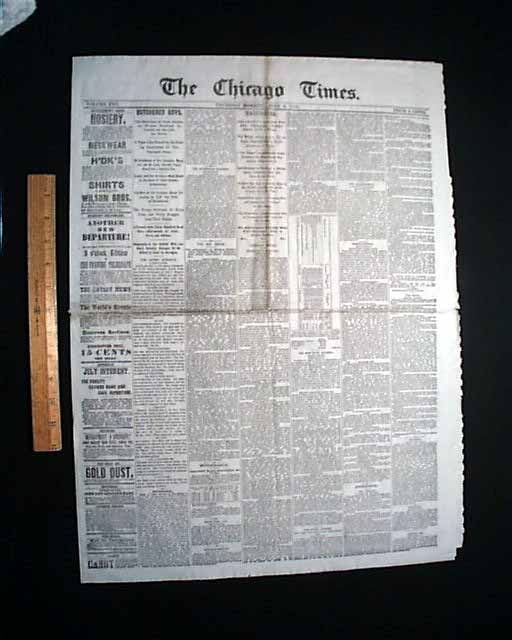 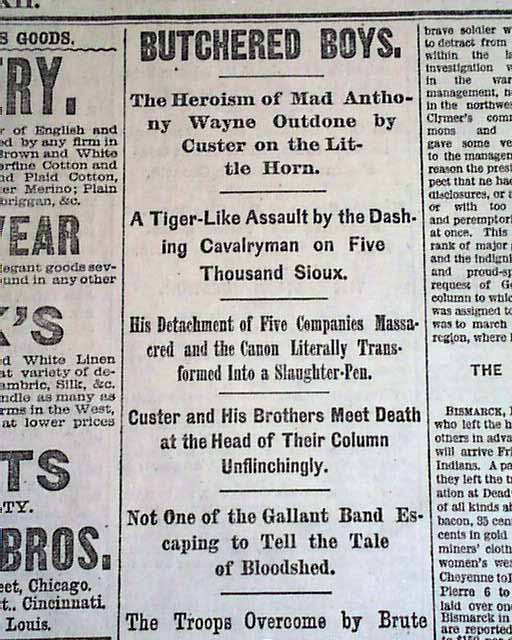 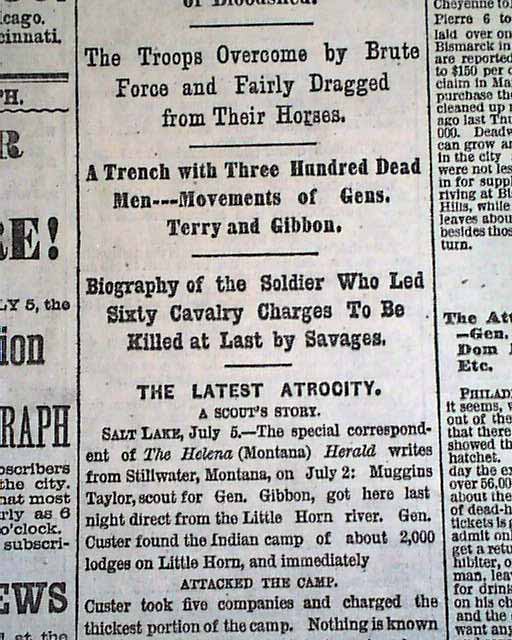 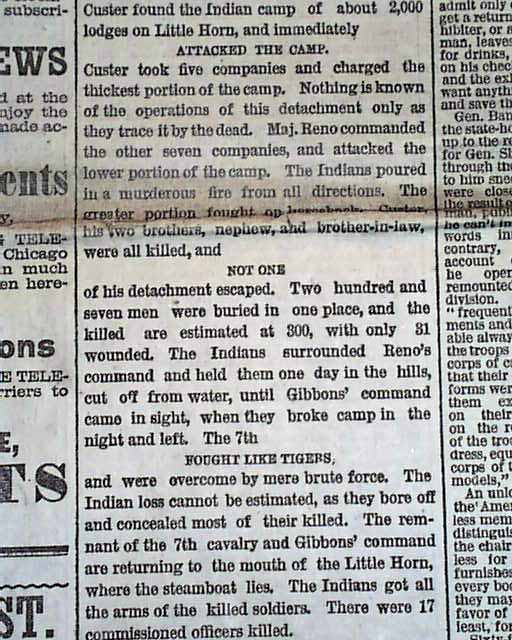 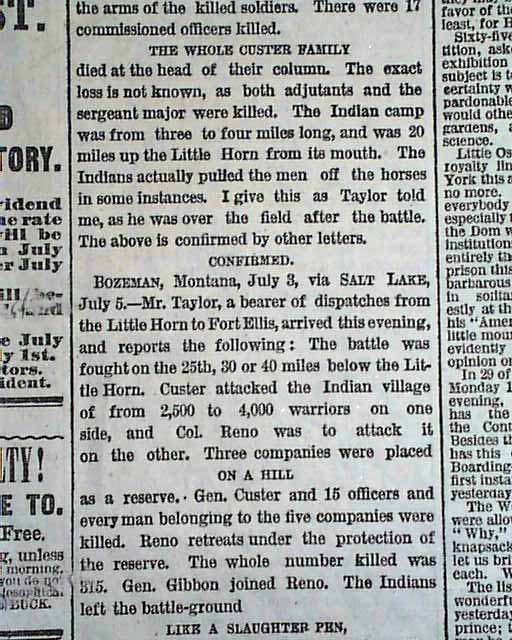 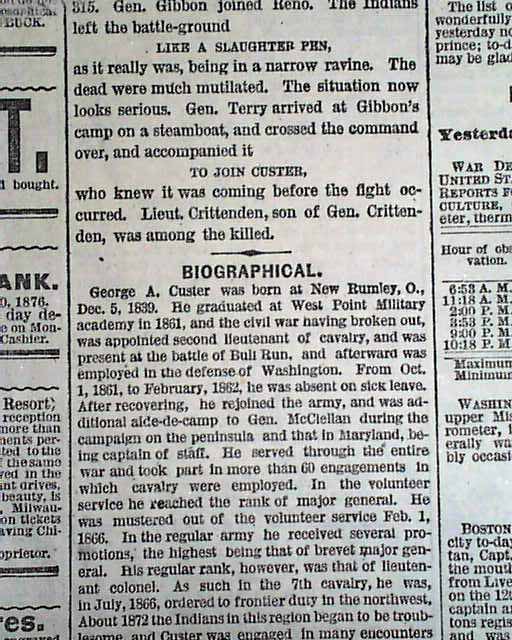 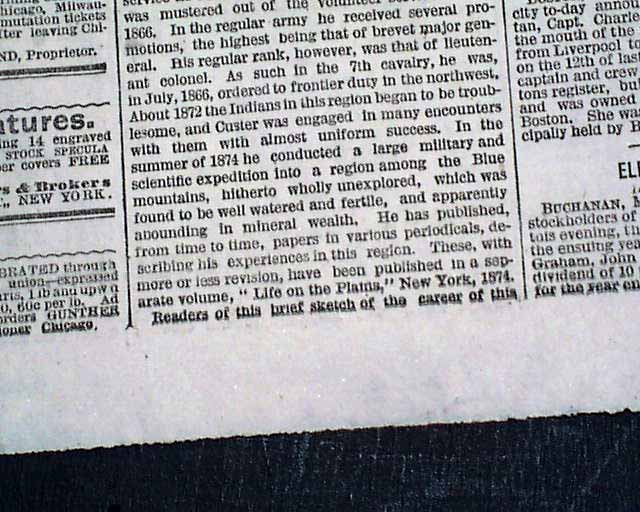 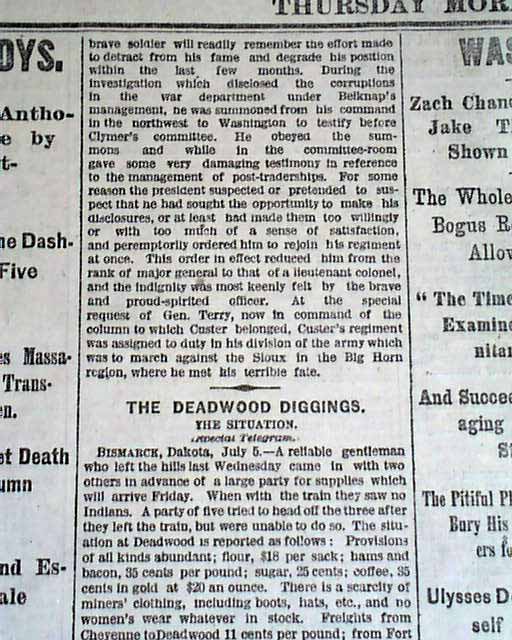