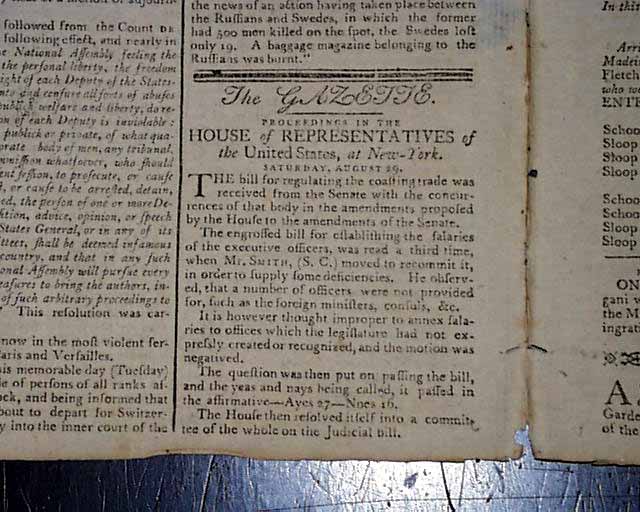 Pgs. 2 & 3 contain reports from the: "Proceedings in the House of Representatives of the United States", this being the founding year of the federal government.
Pg. 3 has an inconspicuous yet significant report: "Died--At Fredericksburg, Mrs. Washington, mother of the President of the United States."
Also discussion on: "...the business of a permanent residence...there is a majority against moving from New York...the North East banks of the Susquehanna be the spot for the permanent seat of the General Government...The Virginia & some other southern members were earnest for the banks of the Potowmack...".
Four pages, very nice condition.