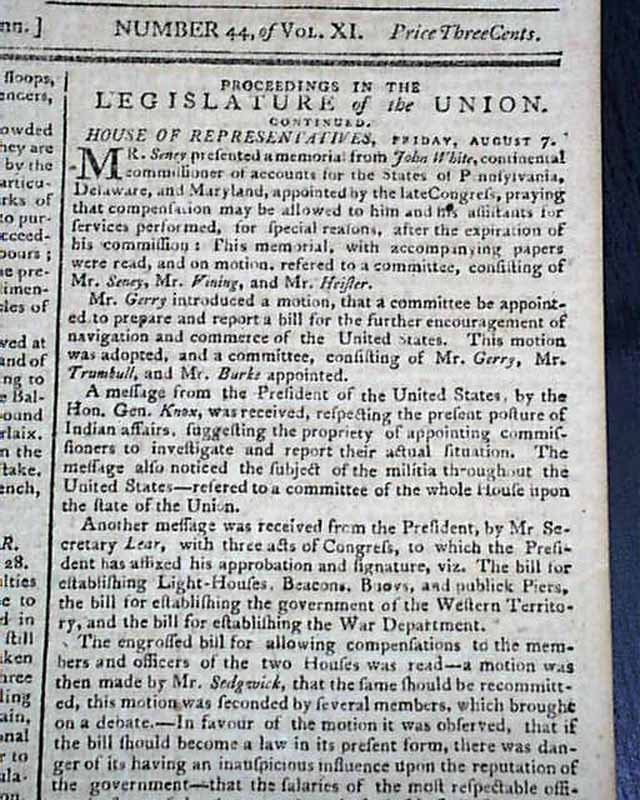 Over one-third of the front page is taken up with; "Proceedings in the Legislature of the Union" from the  earliest months of the new  federal government. Interesting reading on the concerns from this period.
The prime content would be the nice page 3 letter from the President to the House of Representatives concerning the troubles with the Indians, signed in script type by him: George Washington.
Page 2 has an interesting letter concerning what title to use for the President.
Four pages, very nice condition.