Home > Back to Search Results > Presentation to President Washington...
Click image to enlarge 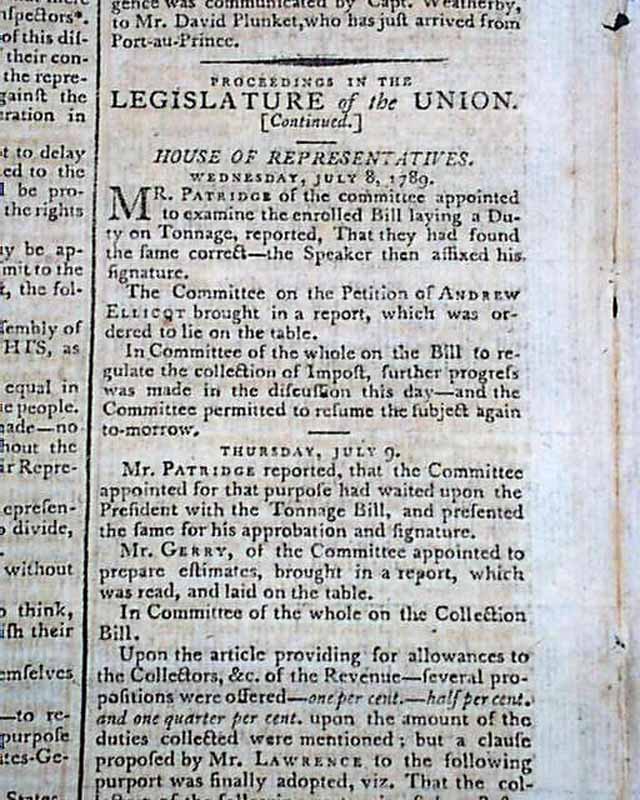 Page 3 has an item "From New York" noting: "...the Address of the Legislature of Massachusetts to the President was presented by the two senators & eight representatives from that state: the committee was very graciously received & the address answered with sentiment, animation and politeness. This is the first address from a deliberative assembly."
Remember that the federal Congress was but several months old at the time.
Page 2 has reporting from the earliest weeks of the new federal government headed: "Proceedings In The Legislature of the Union".
Page 3 has over a full column on the "Commencement" at Harvard University.
Four pages, very nice condition.