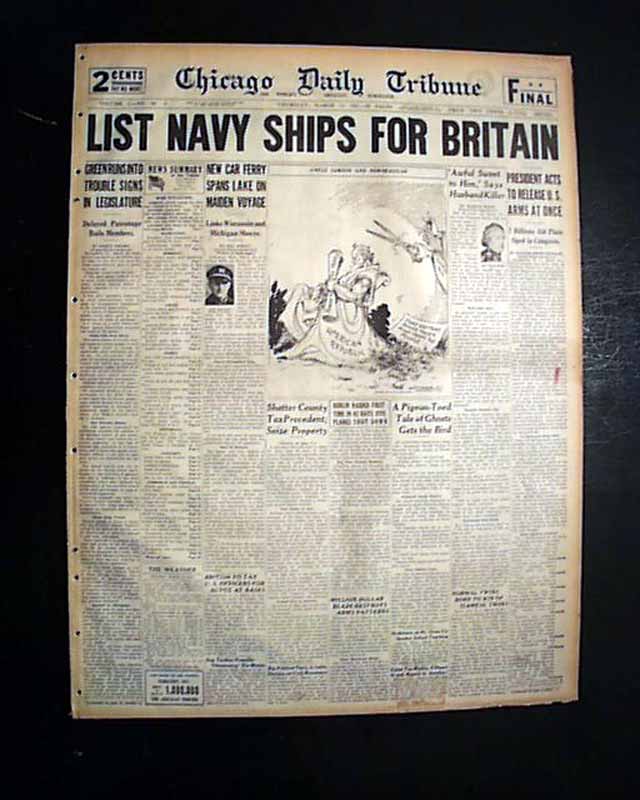 The front page has a nice banner headline: "LIST NAVY SHIPS FOR BRITAIN" with subheads. (see) Nice for display. First report coverage on FDR signing the Lend-Lease program which gave military aid any country which would be helpful to the security of the United States.
Complete with all 32 pages, light toning at the margins, small library stamp within the masthead, small binding holes along the spine, generally nice.