Home > Back to Search Results > Debut of Sugar Ray Robinson in 1940...
Click image to enlarge 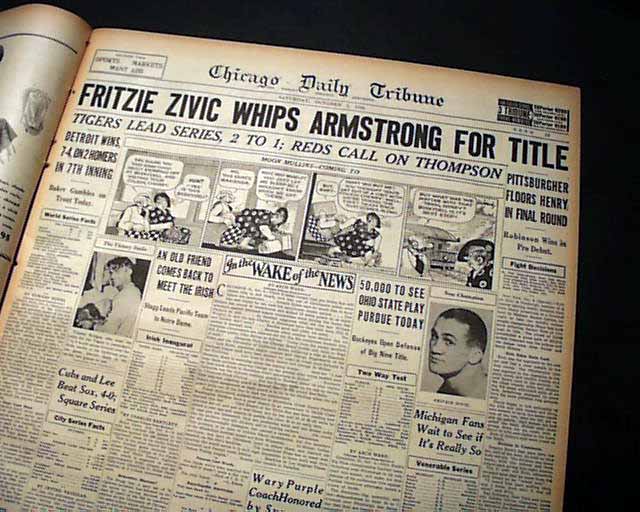 A night of boxing was held at Madison Square Garden which involved various fights including the main event at the end as usual which was a title fight. One of the preliminary fights involved Sugar Ray Robinson which was his very first professional boxing match. He would go on to what many considered the greatest pound for pound boxer ever.
The front page of section 2 (sports) only has a banner headline: "FRITZIE ZIVIC WHIPS ARMSTRONG FOR TITLE" with subheads that include: "Robinson Wins in Pro Debut" Text includes: "Ray Robinson, New York and intercity Golden Gloves champion, made a successful professional debut...." (see) Always nice to have notable events in history reported in this World famous publication.
Complete with all 30 pages, light toning at the margins, small library stamp within the masthead, small binding holes along the spine, generally nice. 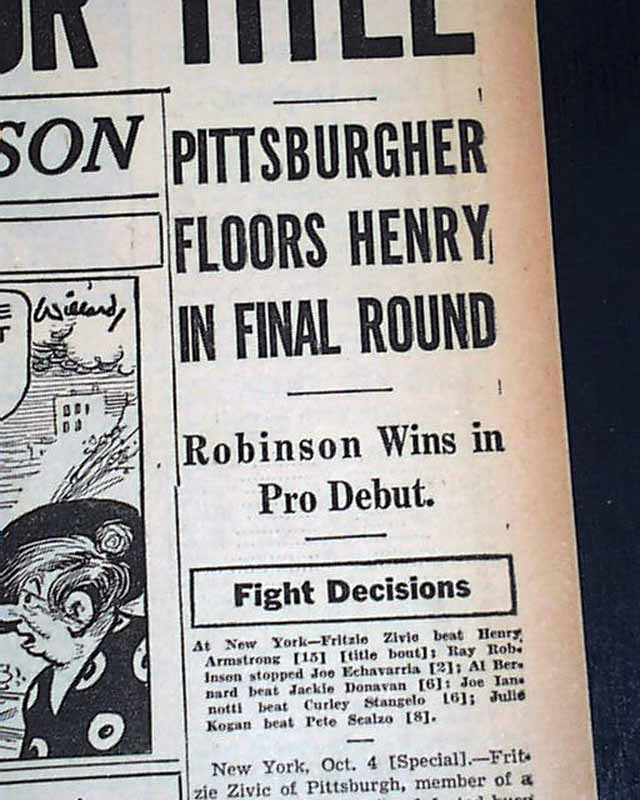 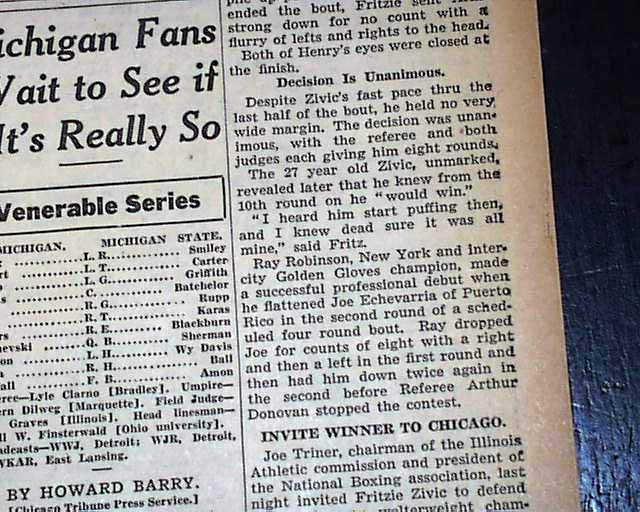 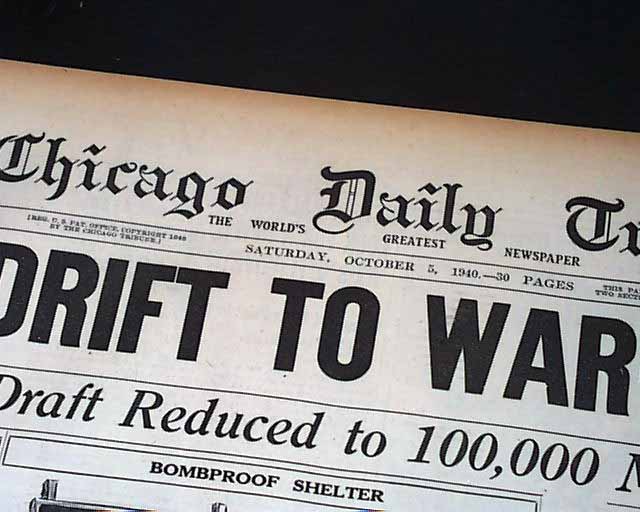 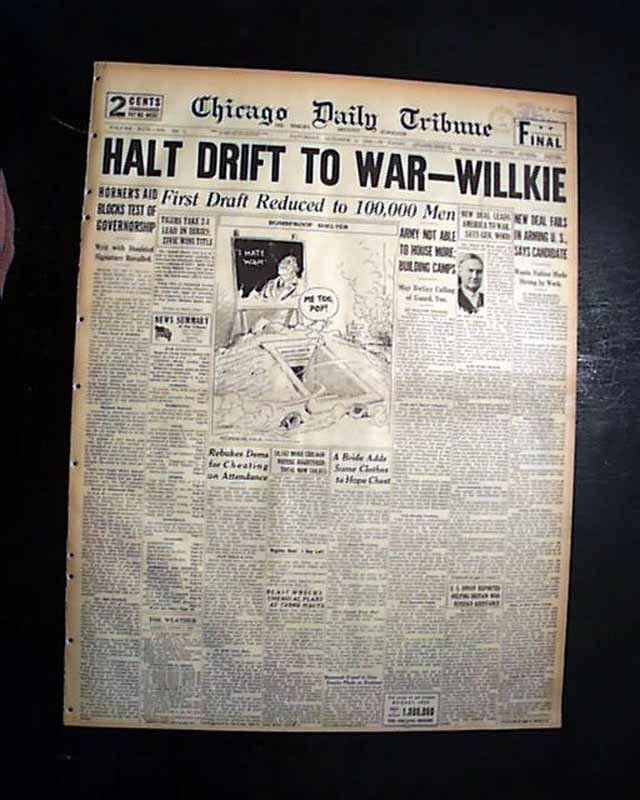