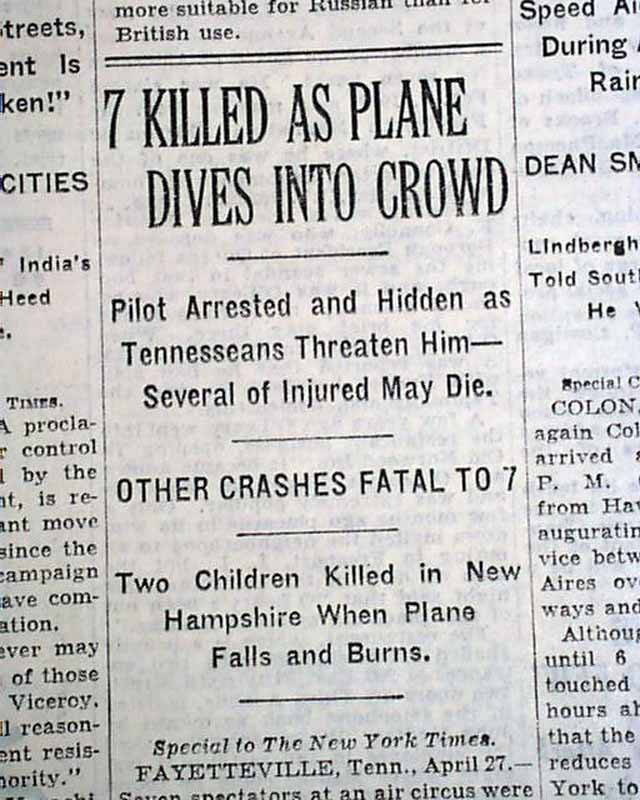 The front page has one column headings that include: "7 KILLED AS PLANE DIVES INTO CROWD" "Pilot Arrested and Hidden as Tennesseans Threaten Him--Several of injured May Die"; "Other Crashes Fatal To 7" (see) First report coverage on the air show disaster at Faytteville, Tennessee which was one of the very 1st air show disasters. Always nice to have notable events in history reported in this World famous publication.
Other news, sports and advertisements of the day. Complete with all 44 pages, rag edition in nice condition.