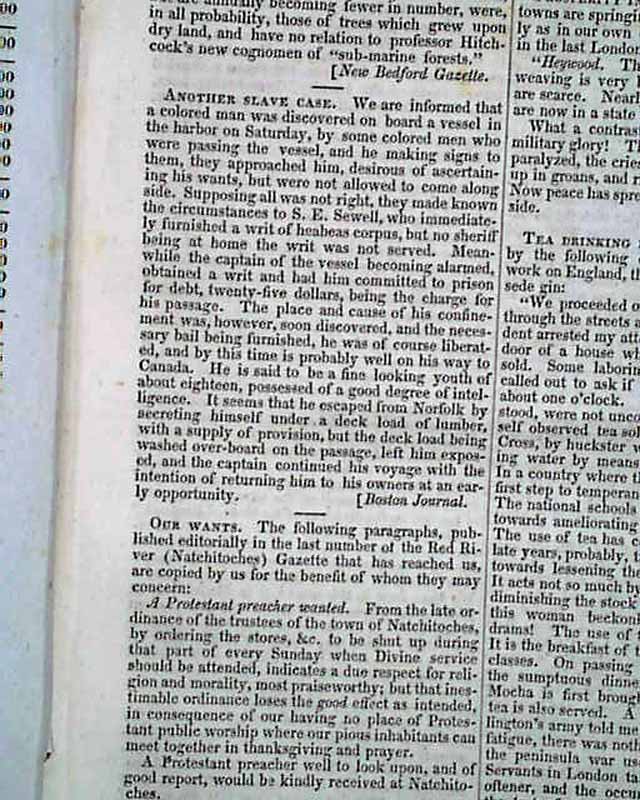 
NILES' WEEKLY REGISTER, Baltimore, Oct. 15, 1836  Content includes: "Another Slave Case" concerning a runaway slave; "War In Florida" with the Indians; "The Hindoo Exhibition" and more.
The back page has: "New Weapon" with the report stating: "We have been...shown one of the most awfully destructive weapons, made by gen. Houston's orders, and stated to be furnished after a device of his. It consists of a cutting and stabbing knife, to the back which is fixed a pistol, the same handle serving for both weapons. The knife is nearly the size of that famous short sword, with which the Roman legionnaires did such memorable service..." A bit more, with talk about the weapon's potential effectiveness if used in close quarters during a battle.
Sixteen pages, 8 1/4 by 12 1/4 inches, lite scattered foxing, otherwise in very nice condition.