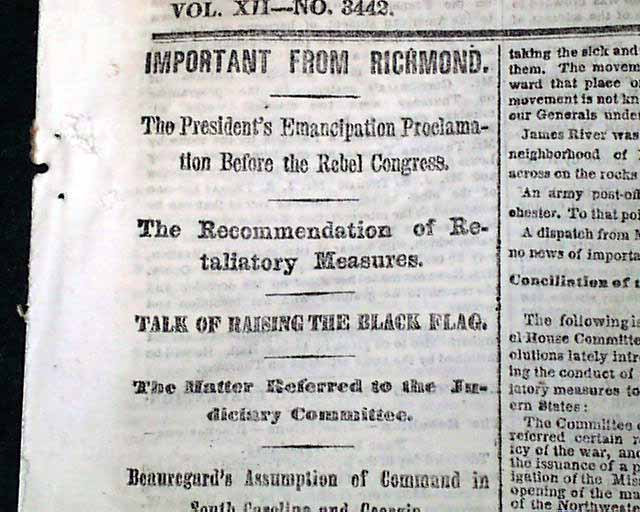 * Raising the Black Flag - the end of Yellow Fever Epidemic
* The war in Missouri
This 8 page newspaper is in nice condition due to the use of cotton and rag paper during this very historic time in U.S. history. This issue is loaded with advertisements and Civil War reports throughout from the day it was first reported which includes the following headlines: "IMPORTANT FROM RICHMOND" "THE WAR IN MISSOURI," "Defeat of a Small Body of Kansas Troops at Neosha," "IMPORTANT FROM RICHMOND," "TALK OF RAISING THE BLACK FLAG," "Disappearance of Yellow Fever from Key West," "THE WAR IN KENTUCKY," "A Battle Believed To Be In Progress," and much more. SEE PHOTOS. A nice piece of history from this famous newspaper.