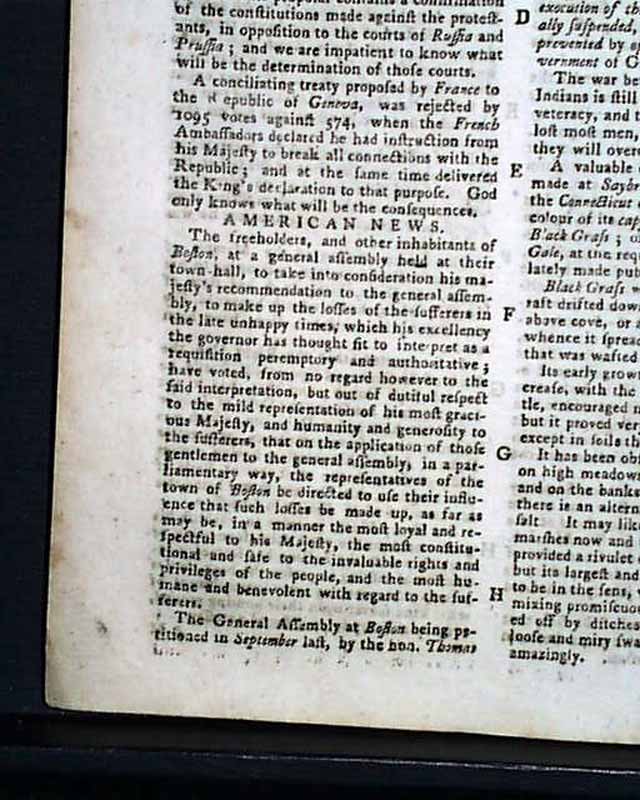 Item # 657795 THE GENTLEMAN'S MAGAZINE, London, December, 1766   Over half a page is taken up with: "American News" which has some interesting reports from Boston and elsewhere, with reference to: "...to the general assembly to make up the losses of the sufferers in the late unhappy times..." (see).
Other articles within issue include: "Oriental Fables, from the French" "The History of an Undutiful Child" "Letter from M. de Voltaire to Mr. Rousseau"; much on: "Considerations on the Trade & Finances of this Kingdom" which has some content concerning America; "Description of the Island of Elephanta" "Abuses in Private Mad Houses, with the Remedy" "New Method of Reading Newspapers" and more.
Lacking the map plate called for.
Complete in 48 pages, 5 1/2 by 8 1/4 inches with full title/contents page featuring an engraving of St. John's Gate, in very good condition.