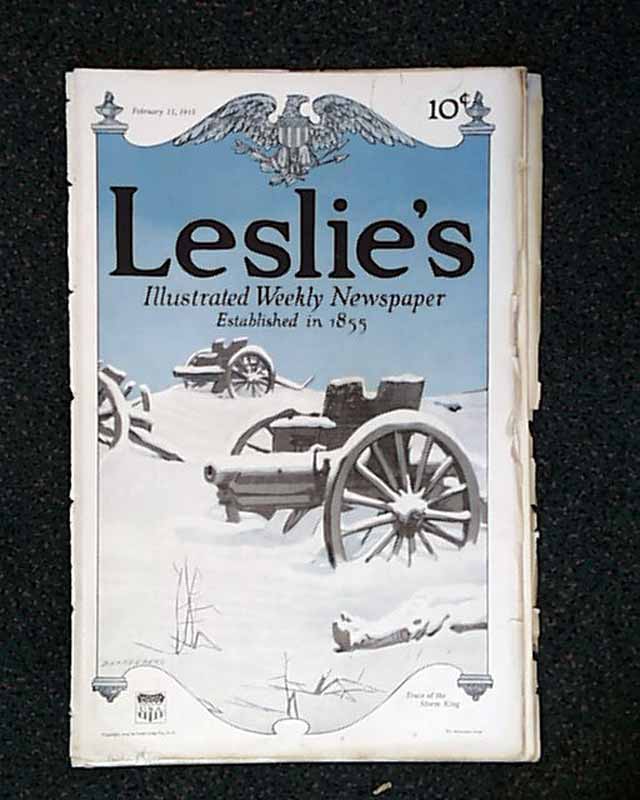 The front page of this issue is an illustration entitled "Truce of the Storm King," it being a WWI-themed color illustration by George D. Dannenberg. Also included are: "Scenes from the Great War Pictured by Special Artists"; "French and Germans on Two Battle Lines"; "Pictorial Digest of the World's News" and much more.
Other advertisements of the day are included as well, helping to portray life at the turn of the century.
This issue is complete in 16 pages and in good condition.