Home > Back to Search Results > Very early on the motion picture industry...
Click image to enlarge 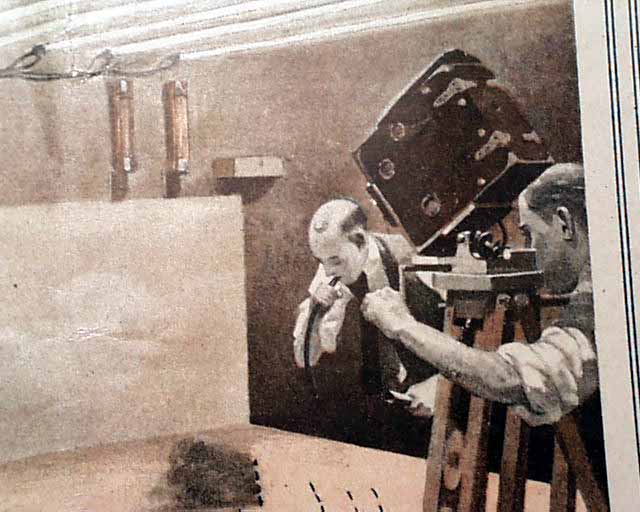 The entire ftpg. is an interesting illustration captioned: "Reproducing the Naval Battle of Jutland for the Motion Picture Screen." with a related article within the issue. This is a early pictorial from the infancy of the motion picture industry. For any collection which related to early movies and motion pictures, this is a nice, displayable item from the early period.