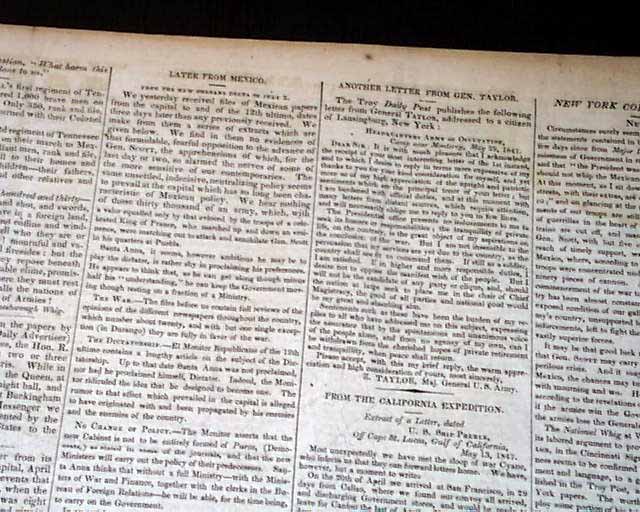 
DAILY NATIONAL INTELLIGENCER, Washington, D.C., July 10, 1847  Page 5 has several reports concerning the Mexican War, with items headed: "Later From Mexico" "Another Letter From Gen. Taylor" "From the California Expedition". The first article has several subheads including: "More Guerrillas" "Mexican Correspondence Intercepted" "Gen. Scott's March to the Capital" "Assistance Solicited From Gen. Scott" and "Attack on Gen. Scott".
Eight pages, close-trimmed at the bottom of the first leaf only, some light damp staining near the margins.