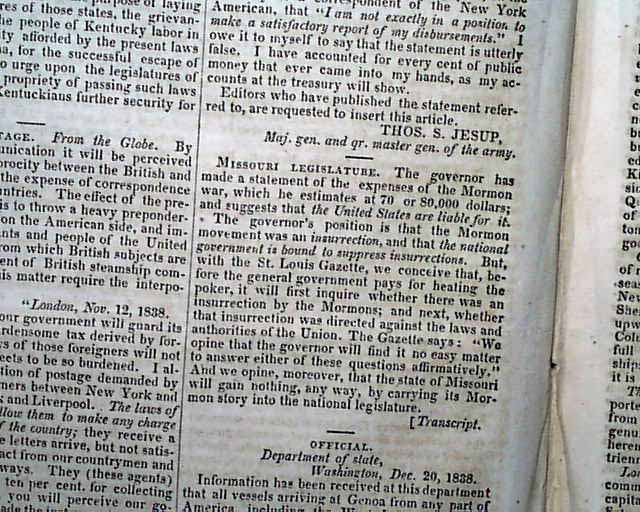 
NILES' NATIONAL REGISTER, Baltimore, Jan. 5, 1839  Page 2 has a report from the Missouri legislature which includes "...governor has made a statement of the expenses of the Mormon war...and suggests that the United States are liable for it. The governor's position is that the Mormon movement was an insurrection & that the national government is bound to suppress insurrections...." with more.
The balance of the issue is mostly taken up with congressional proceedings.
Sixteen pages 8 1/4 by 12 inches, in very good condition.