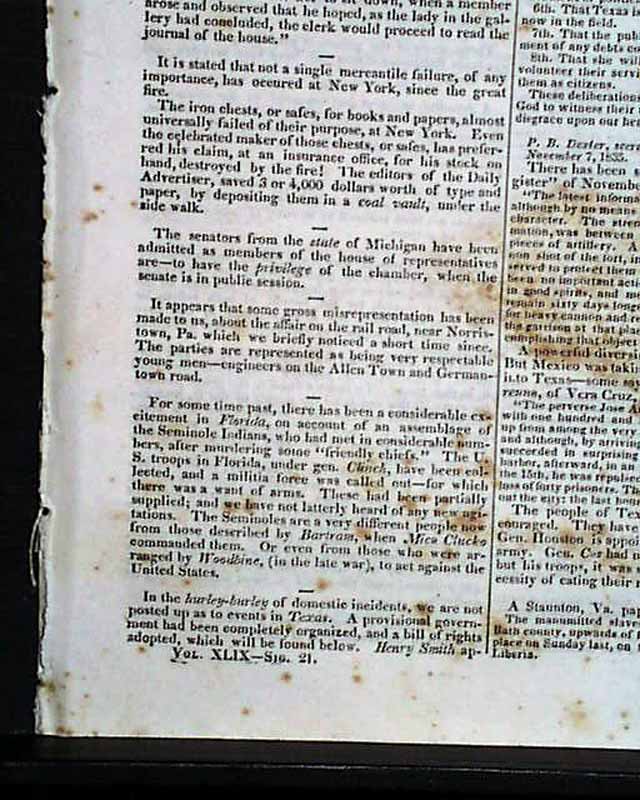 
NILES' WEEKLY REGISTER, Baltimore, Jan. 2, 1836  The front page includes a report prefaced in part by: "...A provisional government has been completely organized & a bill of rights adopted which will be found below..." and what follows is the: "Declaration of the People of Texas in General Convention Assembled" followed by the 8 posts of the Bill of Rights, including: "That they do not  acknowledge that the present authorities of the nominal Mexican republic have the right to govern within the limits of Texas." and more.  This is followed--still on the front page--with a report beginning: "There has been some fighting...".
Also of much interest is a report on an inside page headed: "Bequest of James Smithson" being a message from the President: "...in relation to the bequest to the United States by James Smithson, of London, for founding at Washington an establishment to be styled 'The Smithson Institute for the increase and diffusion of knowledge among men.' " which became the Smithsonian Institution. The letter is signed: Andrew Jackson. Included is a portion of Smithson's will signed in type: Jas. Smithson.
Sixteen pages, 6 1/4 by 9 1/2 inches, lite scattered foxing, good condition. 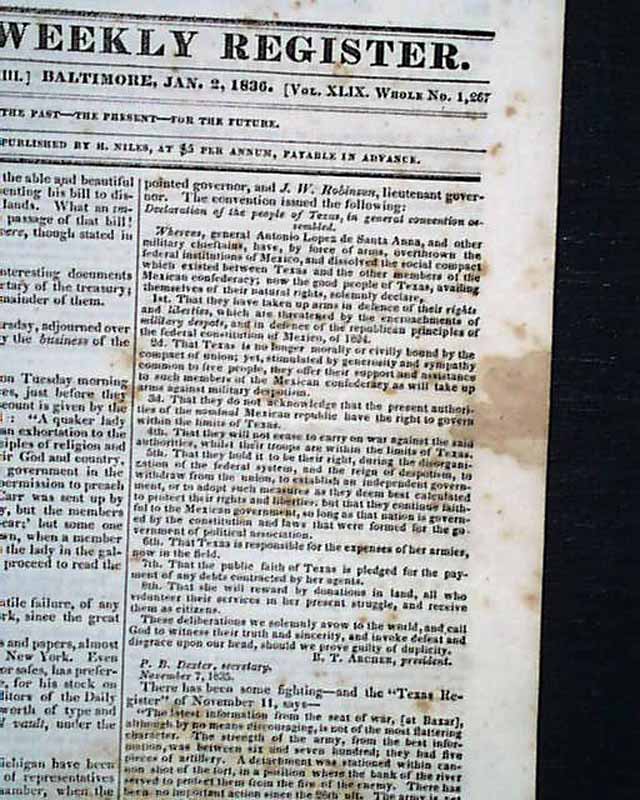 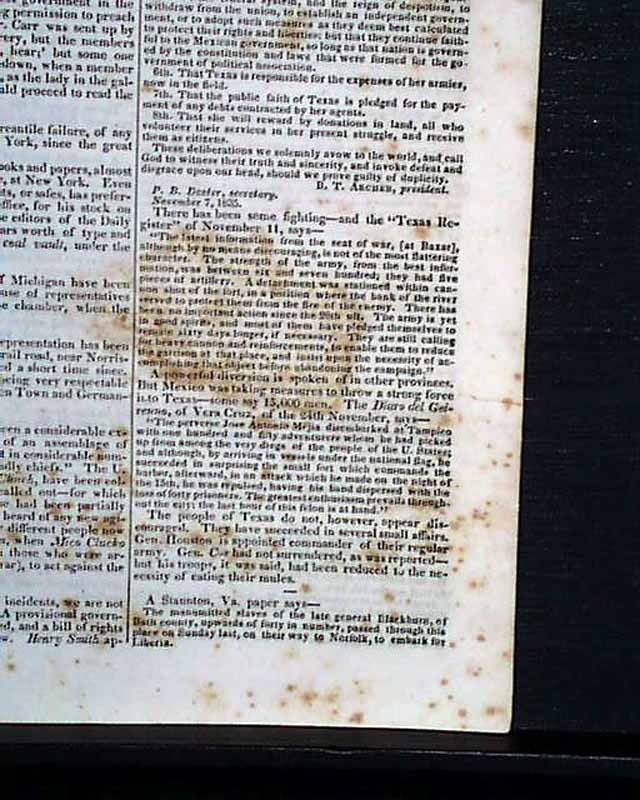 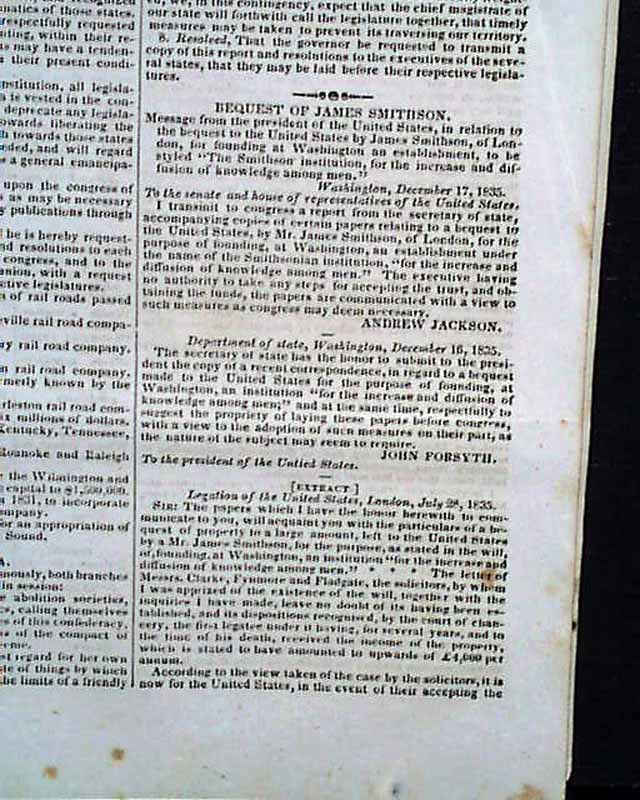 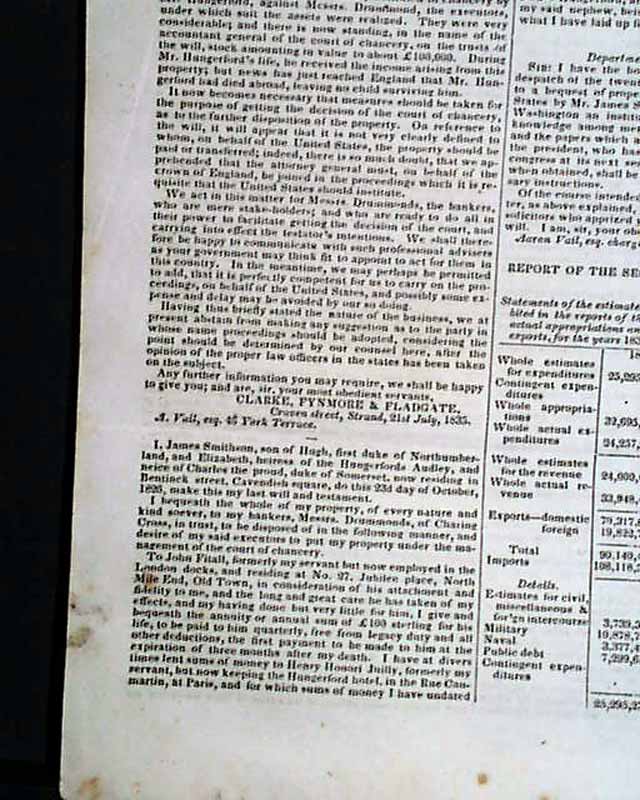 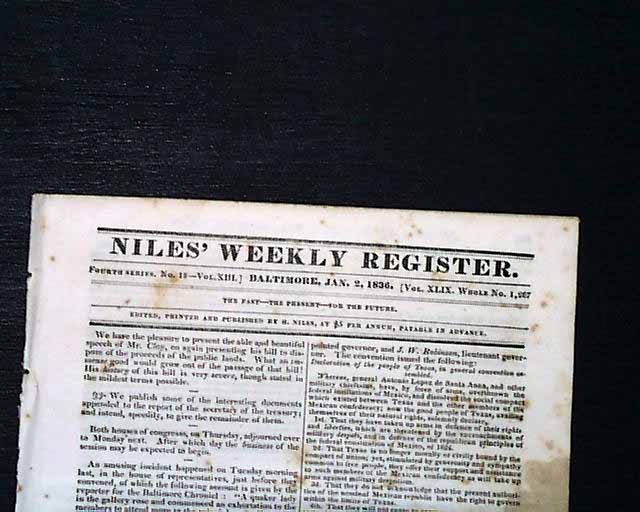 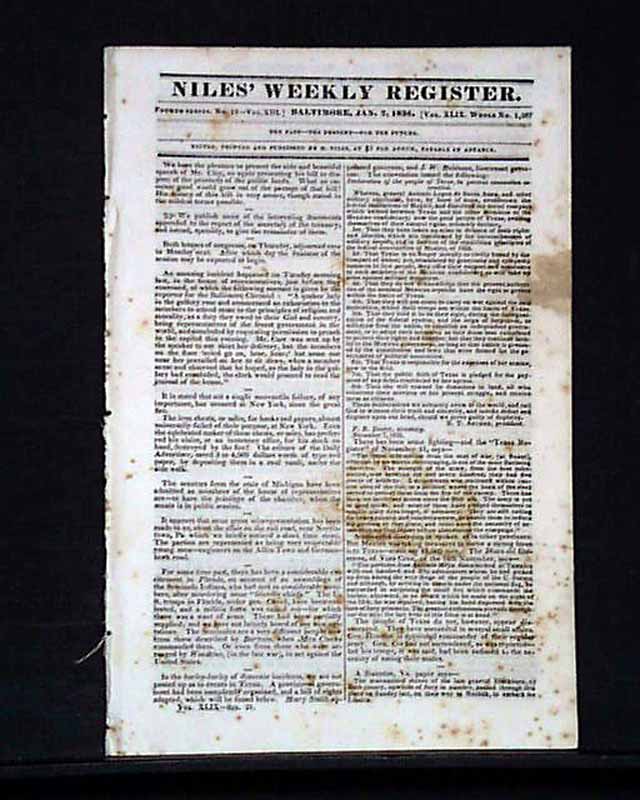