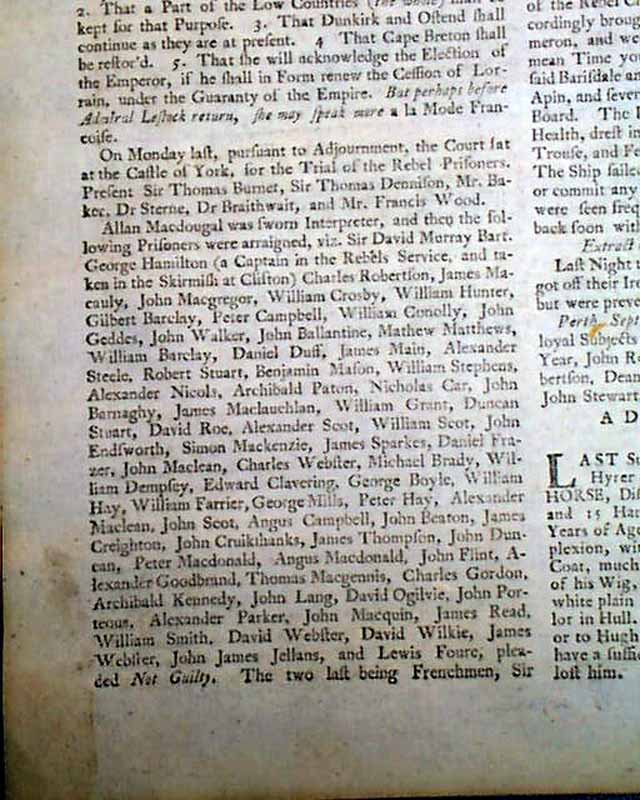 
EDINBURGH EVENING COURANT, Scotland, Oct. 7, 1746  Page 2 has a lengthy account concerning the "...trial of the rebel prisoners..." involved in the Jacobite Rebellion, which includes a lengthy list of the men.
Also a nice account of the escape of several of the leaders of the Jacobite Rebellion: "...four gentlemen landed from the French ships and inquired for any one of the Rebel Chiefs; that Barisdale and his son were accordingly brought to the..." plus mention of others, and then--significantly--The Pretender came on the 19th in a bad state of health, drest in a short coat of black freeze...the ship sailed on the 2oth; They did not land any force or commit any hostilities. The gentlemen and commons were seen frequently to weep, tho' they boasted of being back soon with an invincible force."
Four pages, 8 by 10 inches, partial red tax stamp on the ftpg., very nice condition.