Home > Back to Search Results > More on the Jacobite Rebellion prisoners...
Click image to enlarge 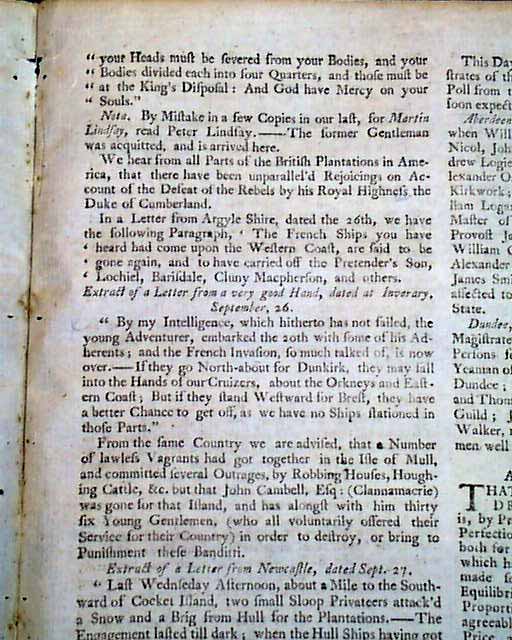 More on the Jacobite Rebellion prisoners...


EDINBURGH EVENING COURANT, Scotland, Sept. 30, 1746  Much reporting from the on-going War of Austrian Succession.
Much inside page content concerning the Jacobite Rebellion including a lengthy: "List of Such of the Rebel Prisoners as Were Sentenced on Tuesday, Sept. 23". Also a report: "We hear from all parts of  the British Plantations in America that there have been unparallel'd rejoicings on account of the defeat of the Rebels by his Royal  Highness the Duke of Cumberland." which was at the Battle of Culloden.
There is a concerning the escape of the "Pretender's Son" from Scotland.
Four pages, 8 by 10 inches, very nice condition.