Home > Back to Search Results > Lord Lovat is charged with High Treason...
Click image to enlarge 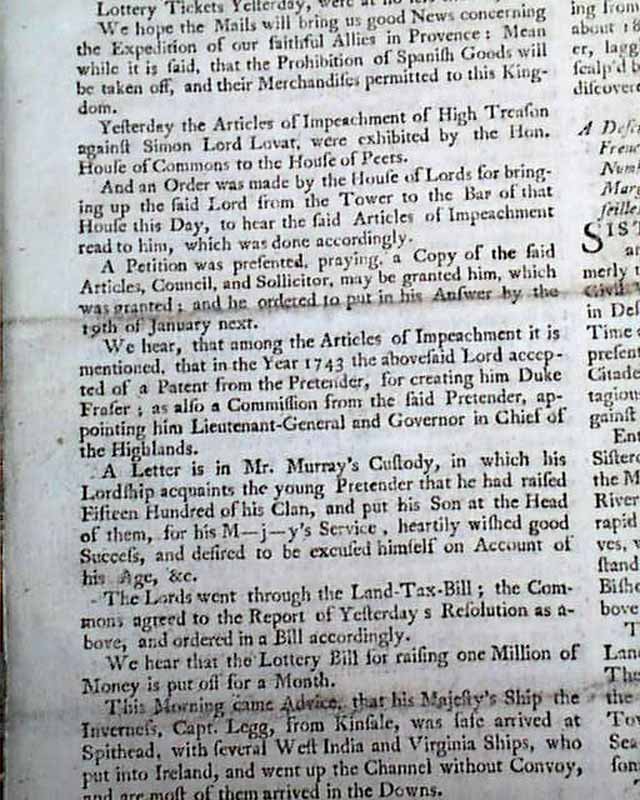 The front page has a notable item concerning the end of the  Jacobite Rebellion: "Yesterday the articles of impeachment of High Treason against Simon Lord Lovat, were exhibited by the Hon. House of Commons to the House of Peers. And an order was made by the House of Lords for bringing up the said Lord from the Tower to the bar of that House this day to hear the said articles of Impeachment read to him...We hear, that among the articles of Impeachment it is mentioned that in the year 1743 the above said Lord accepted of a patent from the Pretender for creating him Duke Fraser, as also...a commission from the said Pretender appointing him Lt General & governor in chief of the Highlands..." plus more.
Four pages, 8 by 10 inches, very nice condition.