Home > Back to Search Results > Babe Ruth catches a baseball from airplane....
Click image to enlarge 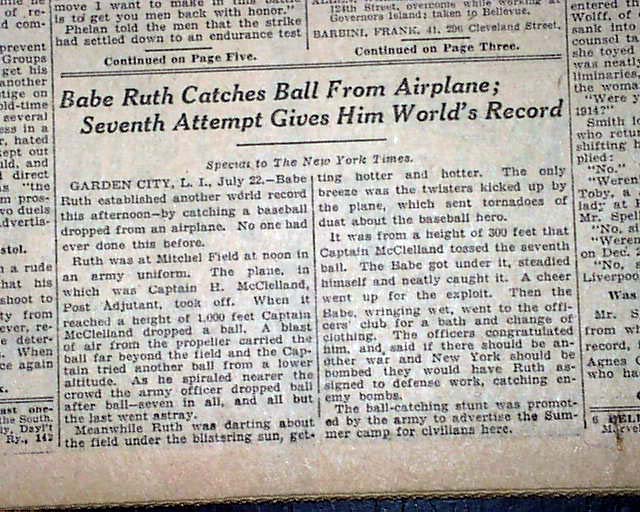 Near the bottom of the front is a two column heading: "Babe Ruth Catches Ball From Airplane; Seventh Attempt Gives Him World's Record" (see) A nice curiosity on Ruth that probably was only reported in a NYC publication. Nice to have in this famous title. Rare as such.
Other news, sports and advertisements of the day. Complete with all 32 pages, light toning, a little irregular along the spine, generally nice.