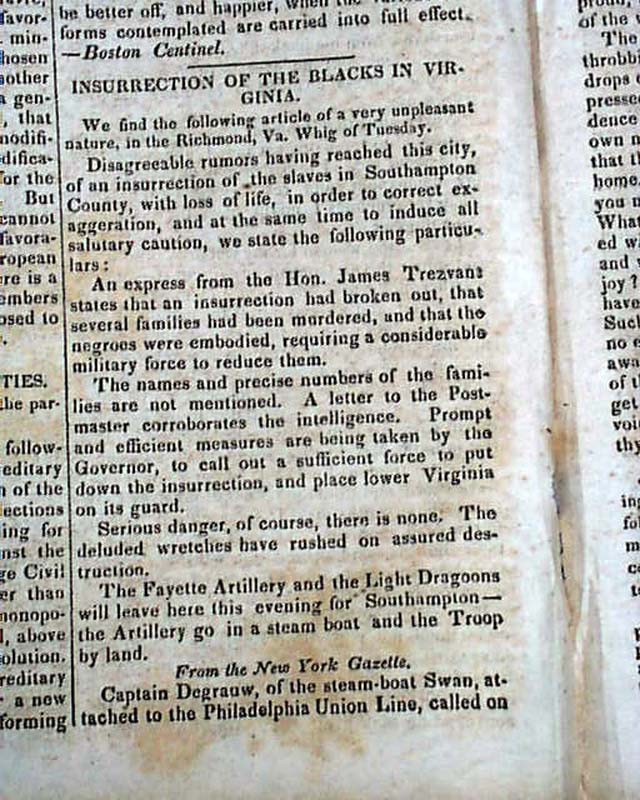 Pages 2 and 3 have an uncommonly lengthy account of Nat Turner's slave rebellion, a slave rebellion that took place in Southampton County, Virginia led by Nat Turner. Rebel slaves killed from 55 to 65 people, at least 51 being white. The rebellion was put down within a few days, but Turner survived in hiding for more than two months.
This report actually includes several accounts, one item beginning: "...that an insurrection had broken out, that several families had been murdered, & that the negroes were embodied, requiring a considerable military force to reduce them...".
Another account begins: "On Monday last in Southampton County, Va., the negroes commenced an insurrection by an attack on the family of a Mrs. Whitehead; who, with her five children, were massacred & their heads severed from their bodies...".
Additional accounts as well, all taking close to a full column of text.
Four pages, scattered foxing, good condition.