Home > Back to Search Results > Early report on the Donner Party tragedy...
Click image to enlarge 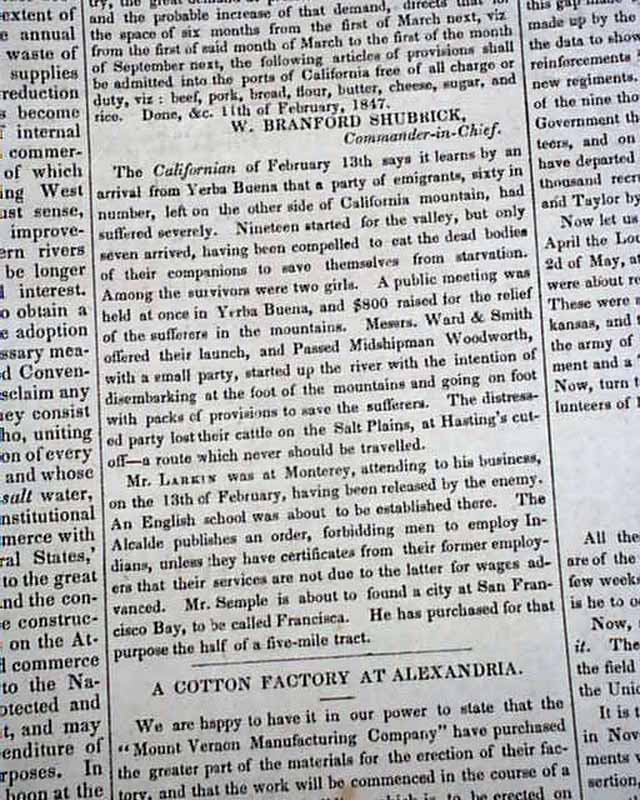 Page 3 has the earliest report on the Donner Party tragedy we have found, noting in part: "...that a party of emigrants, 60 in number, left the other side of California mountain, had suffered severely. Nineteen started for the valley, but only seven arrived, having been compelled to eat the dead bodies of their companions to save themselves from starvation...The distressed party lost their cattle on the Salt Plains, at Hasting's cutoff--a route which never should be traveled." with more.
Various reports on the Mexican War as well.
Four pages, very nice condition.

The Henry Clay monument which was nev... 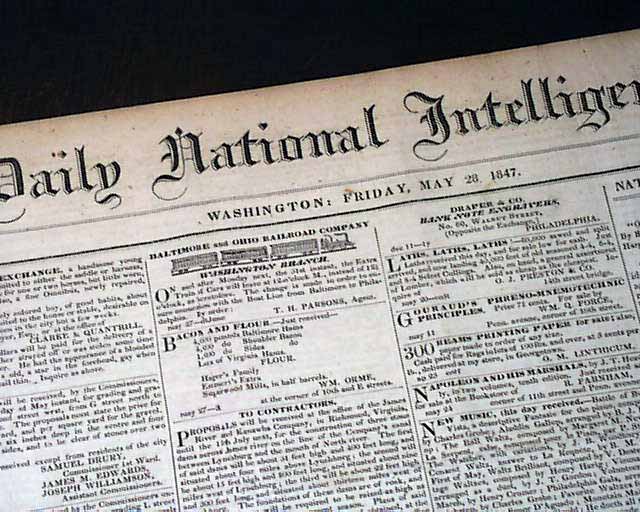 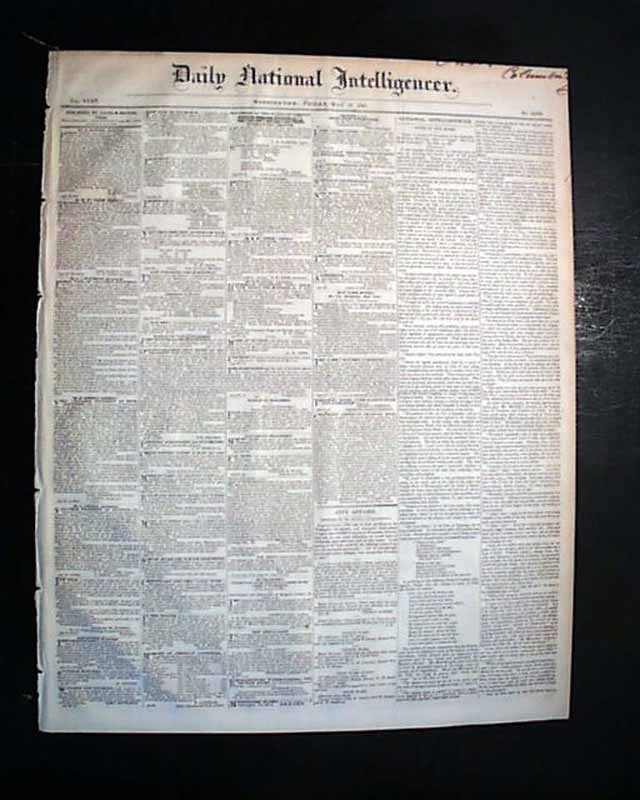