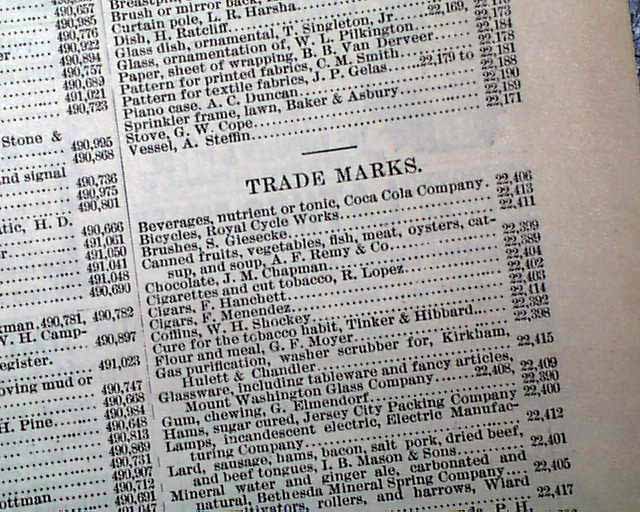 See the photo for the historic--yet inconspicuous--listing of Coca Cola receiving its trade mark, the very first in the list of many in this issue. The listing reads: "Beverages, nutrient or tonic, Coca Cola Company....22,406" the number being the patent number.
A significant report of the very beginning of the company that would become one of the giants of the corporate world.
A wealth of interesting articles & prints including: "Stark's Motor for Flying Machines" and "Pauly's Fire Apparatus".
Sixteen pages, partially rejoined at the blank spine, a library stamp at the top of the front page, nice condition.