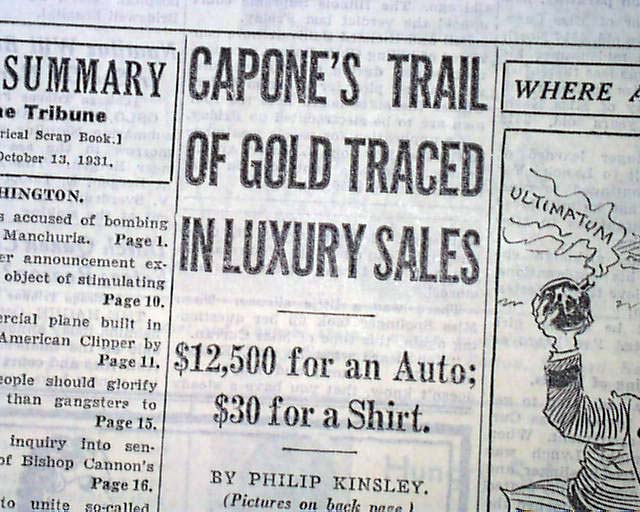 The front page has a one column heading regarding the two-week long trial of notorious gangster Al "Scarface" Capone: "CAPONE'S TRAIL OF GOLD TRACED IN LUXURY SALES" with subhead. (see) Lengthy coverage with testimony continues on page 8 with related photo. Photo of Capone outside the federal building is on the back page. (see)
This was one of the most famous criminal trials of the 20th century, and certainly of the Prohibition era. Al Capone was the head of the most profitable crime syndicate of his era and mastermind of the 1929 "St. Valentine's Day Massacre." He seemed above the law, however in the end Capone would be brought to justice & serve jail time not for murder, extortion, or bootlegging, but for failing to pay his income tax.